Nigeria’s financial market powerhouse, FMDQ Securities Exchange, attracted quotations worth N801.6 billion in commercial papers (CPs) and saw the listing of N299.45 billion worth of bonds in 2020, contributing to the broadening of the capital market, as well as attracting significant demand from a wider range of investors, an activities’ report from the Exchange, accessed by Business A.M., has revealed. 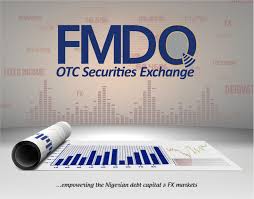 Bonds and CPs listing on Nigeria’s over-the-counter (OTC) securities exchange platform shows the confidence of the companies in Nigeria’s debt capital market. It is also helping to further broaden capital sources for the companies by enabling them access funds from the local debt capital markets while also reducing the overall cost of funding. However, these listings came despite the pandemic, which disrupted activities in the financial markets during the year under review.

Bonds and CPs value and their sponsors

The activities’ report shows that in 2020, a total of sixty-seven commercial papers (CPs) worth a face value of N801.60 billion and thirteen bonds worth N299.45 billion in face value were listed and quoted on the FMDQ exchange.

Stanbic IBTC Capital Limited was the most active sponsor during the year, contributing N672.09 billion which comprise of N141.50 billion in bond listings and N530.59 billion in CP quotations to the FMDQ Exchange fixed income platform from a combined 672 listings in bonds and CPs.