Aluminium slipped to its lowest in nearly eight weeks on Wednesday with the Shanghai contract slipping to a two-month low as a decline in thermal coal prices softened traders’ concerns over supply of the energy intensive smelting metal. 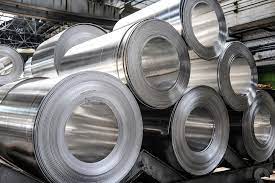 The most-traded December aluminium contract on the Shanghai Futures Exchange (ShFE) was down 3.3 percent to 20,420 yuan a tonne, registering a sixth consecutive bearish session and its lowest figure since August 26.

Three-month aluminium on the London Metal Exchange (LME) followed a similar downward path as it lost 4.6 percent to $2,697 a tonne, its lowest since September 3.
Daniel Briesemann, Commerzbank analyst, said a power crunch in top consumer China has underpinned aluminium prices. He added that the renewed scrutiny of the domestic coal market to ease the power shortage is behind the recent sharp decline.
Also, market dealers observed that global shortage in magnesium, a major component in aluminium alloys, has added to demand worries, with analysts warning that this could curb appetite for lightweight aluminium used in automobiles and cans.