Robusta coffee futures on the Intercontinental Exchange (ICE) traded lower on Wednesday as the market remained underpinned by supply constraints from top robusta exporter Vietnam, a challenge dealers attributed to a shortage of shipping containers. 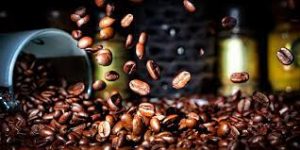 According to dealers, the market was struggling to overcome resistance around the peak of $2,279 set in February 2017 and could slip further in the short-term.
Sugar futures also staggered into bearish territory as March raw sugar lost 0.25 percent at 19.61 cents per lb, while December white sugar shed 0.02 percent at $511.20 a tonne.

Dealers however noted that losses were cushioned following recent data issued by cane industry group, Unica, which showed production in centre-South Brazil was falling more sharply than anticipated.
Cocoa prices also fell, weighed by broad-based weakness in equity and commodity markets.
March London cocoa was down 0.85 percent at £1,753 a tonne after slipping to a low of £1,746, the lowest figure for the benchmark second position since September 1. In a similar trend, December New York cocoa slipped 0.5 per cent at $2,567 a tonne.
According to dealers, a positive production outlook for the main crop in Ivory Coast, the world’s leading producer, has continued to weigh on prices as supply beats demand.
Businessamlive Website Stats