The International Maritime Bureau (IMB) has reported a drop in piracy attacks in Nigeria in the third quarter of 2019. IMB said in its latest report, “Nigeria has reduced Q3 piracy attacks from 41 in 2018 to 29 in 2019,” which represents nearly 30 per centyear-on-year reduction. 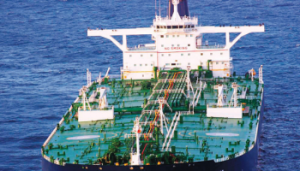 This positive new data comes on the heels of the commencement of operations on the Deep Blue Project, a comprehensive maritime security architecture initiated by the Nigerian Maritime Administration and Safety Agency (NIMASA), in collaboration with the military and other security agencies.

The piracy reporting body also said there was a decrease in global piracy incidents during the first nine months of 2019, compared with the corresponding period in 2018, in a fall to a five-year low.

Director of IMB, a specialised division of the International Chamber of Commerce (ICC), PottengalMukundan, said, “119 incidents have been reported to the IMB Piracy Reporting Centre in 2019, compared to 156 incidents for the same period in 2018. Overall, the 2019 incidents include 95 vessels boarded, 10 vessels fired upon, 10 attempted attacks, and four vessels hijacked. The number of crew taken hostage through the first nine months has declined from 112 in 2018 to 49 in 2019.”

However, according to IMB, piracy and armed robbery attacks remain a challenge in the Gulf of Guinea.

The Gulf of Guinea remains a high risk area for piracy and armed robbery. The region accounts for 86 percent of crew taken hostage and nearly 82 percent of crew kidnappings globally.

IMB recalled that in July a general cargo vessel was hijacked, approximately 120nm SW from Brass. Ten crew members were kidnapped from the vessel and released four weeks later. In August a bulk carrier and a general cargo vessel were boarded within hours of each other at Douala anchorage, Cameroon, and a total of17 crew were kidnapped from the vessels. Within six weeks all kidnapped crew were released.  This incident demonstrates the range of piracy activity in the Gulf of Guinea and that all types of ships are vulnerable to attack. Lagos recorded 11 incidents in 2019, the highest number for any port.

“Although incidents are down, the Gulf of Guinea continues to be a concern for piracy and armed robbery-related activities with kidnappings of crew members increasing in both scale and frequency,” said Mukundan.

“It is important that shipmasters and owners continue to report all actual, attempted, and suspected incidents to ensure that an accurate picture of these attacks emerge and action is taken against these criminals before the incidents further escalate,” he warned.”

The decline in piracy and armed robbery attacks on vessels came as the Deep Blue Project, Nigeria’s Integrated Security and Waterways Protection Infrastructure, began to yield results. The project is being handled by an Israeli firm, Homeland Security International (HLSI). It involves the training of field and technical operatives drawn from the various strata of the security’ systems’sservices and NIMASA as well as acquisition of assets to combat maritime crime, such as fast intervention vessels, surveillance aircraft, and other facilities, and establishment of a command and control centre for data collection and information sharing to aid targeted enforcement.

The Deep Blue Project aims at building a formidable integrated surveillance and security architecture that will broadly combat maritime crime and criminalities in Nigeria’s waterways up to the Gulf of Guinea.

The timing of the IMB report also coincides with the conclusion of the Global Maritime Security Conference (GMSC 2019) hosted by Nigeria, and coordinated by the Federal Ministry of Transportation and NIMASA, under the theme, “Managing and Securing our Waters.”

With the stated objective of, among others, defining the nature and scope of coordinated responses to maritime insecurity in relation to interventions, the conference enabled global maritime leaders to review the progress made in the fight against maritime crime while charting strategies for the future.