The International Monetary Fund (IMF) has cautioned Nigeria and other African countries against their rising level of indebtedness to China, stressing that the non-Paris Club creditors, “create some instability or some vulnerabilities.” 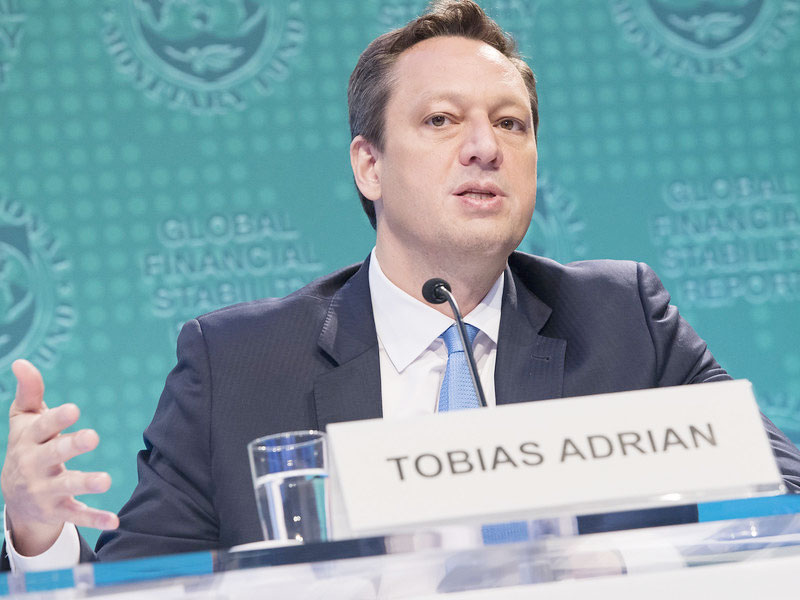 It also said the present global financial conditions due to the trade dispute between the United States and China, the shift towards a more dovish monetary policy stance in most developed countries, among others, present opportunities for Nigeria and other low-income countries.

Tobias Adrian, the financial counsellor and director, monetary and capital market department, IMF, Tobias Adrian, said this while responding to a question during a media briefing on the Global Financial Stability Report (GFSR) at the ongoing IMF/World Bank Annual Meetings in Washington DC.

According to him, investment flow to Nigeria and other countries in sub-Saharan Africa has been strong and is expected to reach record high this year.

He, however, called on the federal government to ensure judicious use of its borrowed funds.

“Global financial conditions are favourable to countries such as Nigeria, at the moment. Issuing bonds in hard currency and the domestic currency is possible because of favourable global financial conditions. And of course, what is key is what countries such as Nigeria are doing with those borrowed funds. Undertaking structural reforms to develop the economy is also key at this point in time,” Adrian stated.

Responding to a question on the elevated external debt levels in Nigeria and whether the federal government should shift to more of domestic borrowing, Adrian said: “Both domestic and external debt markets are important for economic growth and development and both markets should be well developed; but of course, any borrowing has to be managed in a responsible manner. There are both costs and benefits.

“So, borrowing can be helpful for economic growth and investment, but it can also be dangerous when negative shocks arise. So, we have done a lot of work in the IMF on debt sustainability and debt management and we have a host of recommendations of how to manage debt in a responsible manner.”

“Nigeria has a large exposure to non-resident holders of domestic debt, particularly with central bank bills and then as we understand in the central bank bills, there are lots of higher redemptions or those that have to deal with more rollovers in the coming quarters, and so managing those risks, particularly with respect to local currency and the behaviour of non-resident investors is very important,” he added.

Papageorgiou cautioned Nigeria and other African countries against their rising level of indebtedness to China.
He said the non-Paris Club creditors, “creates some instability or some vulnerabilities.”

“Not that the debt itself creates problems. We examined some issues that debt has to be used for productive purposes, but usually debt that is given under non-Paris Club or multilateral types of agreements, more broadly in a lot of low-income countries, particularly a lot of African countries, the issue of debt vulnerabilities is becoming more prescient,” he said.

While also responding to a question at a separate media briefing on the IMF’s Fiscal Monitor, the Assistant Director, Fiscal Affairs Department, IMF, Cathy Pattillo, reiterated the need for a comprehensive reform package in Nigeria in order to increase non-oil revenue.

This, according to her, would also provide the opportunity for more investments in infrastructure.
Pattillo, however, welcomed move to enhance non-oil revenue in the country.

She said: “We welcome the growth and recovery plan and the new cabinet which is implementing key reforms including revenue mobilisation by raising the Value Added Tax (VAT) rate and the 2020 budget; reforms on various anti-corruption measures also reduce vulnerabilities and raise growth to higher per capita levels.

“So now is the opportunity to look at a comprehensive reform to sustainably increase non-oil revenue. The government has taken welcome steps with tax audits, e-filling, closing loopholes, combating corruption in tax offices, increased exercise taxes and it also launched its strategic growth initiatives that calls for this high-level committee. All these are very welcomed. And the article IV consultation earlier this year had our staff recommend further VAT reforms and broadening the tax base by removing CIT exemptions and customs duty waivers.

“For Nigeria, that is very important for a couple of reasons; one because right now, interest payments as a share of tax are very high. Around a third of overall federal government revenue is for interest payments, which is particularly high. Nigeria has one of the lowest tax to GDP in the world. It is not because Nigeria does not have big development problems.

“Nigeria has a large need for education and health spending. It has some very low indicators in that area and the demographic projections, Nigeria is projected to be the third most populous country in the world by 2050. So addressing those challenges is really important,” she said.

According to her, Africa is exposed to the effects of climate change.

He said part of the findings in the Fiscal Monitor report was that there were important decisions to be made on the kind of infrastructure the continent should choose in order to ensure environmental sustainability.