As most African nations are seeking ways to stabilize their debts amid oil price and coronavirus induced shocks, the International Monetary Fund (IMF) has approved the disbursement of $488 million to Angola and said it is confident that the second-biggest oil producer in Africa will curb its public debt to sustainable levels. 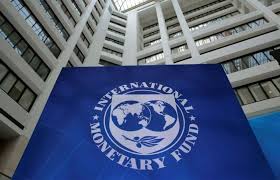 The disbursement comes after the international multilateral lender enlarged the size of the country’s loan by almost a quarter to $4.5 billion to help it weather the fallout of the coronavirus pandemic.

The three-year extended fund facility, which commenced in 2018, aims to overhaul the southwest African nation’s economy with reforms to reduce the dependence on oil as well as lower the debt burden of the continent’s second-biggest producer of oil.

The Washington-based IMF disclosed that Angola was forced to seek relief for its debt, amounting to $6.2 billion from three key creditors, due to sharp drop in oil prices stemming from the pandemic last year, and easing the fears of non-payment in one of Africa’s most indebted countries. Also, the country secured a temporary waiver of $1.78 billion in bilateral debt-service payments.

According to Antoinette Sayeh, one of the IMF’s deputy managing directors, “the measures will provide significant debt-service relief and help reduce risks related to debt sustainability. Given Angola’s sensitivity to oil price shocks, it is important that the authorities remain vigilant in managing these risks,” she said in a statement on after the financial institution concluded its fourth review of the loan facility.

Angola, on the other hand, has pledged to put up for sale 195 businesses, including its partial holdings in the national oil company, Sonangol and diamond firm, Endiama, in a bid to boost its public finances and reduce the role played by the state in the economy. Also, the government intends to remove fuel subsidies and increase public transport tariffs once the pandemic subsides.

Meanwhile, the IMF in October 2020 forecast Angola’s gross domestic product to grow 3.2 per cent in the year 2021 after contracting for five straight years. However, the Angolan government sees a much slower recovery with the economy expected to record zero growth in the year 2021.