The International Monetary Fund has advised the Central Bank of Nigeria to unify the country’s exchange rate system in order to avoid situations where public and private sector decisions are distorted due to uncertainties. 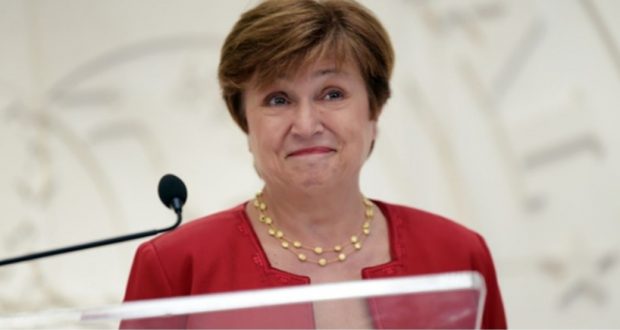 It also said there was a need for the government to come up with measures to boost the non-oil revenue in order to spend more on social safety programmes.

The global body gave these pieces of advice on Tuesday during the unveiling of the World Economic Outlook report released in Washington DC.

It also called on the Federal Government to implement stronger reforms to boost the current level of infrastructure in the country.

Specifically, Gopinath described per capital growth in Nigeria as weak, adding that strong measures were needed to lift the growth into positive territory.

According to her, there is a need for structural reforms to address the weak per capital growth.

When asked on some of the measures to address the imbalance, Celasun said foreign exchange restrictions had been distorting private and public sector decisions as well as holding back investments.

Under the exchange rate system, the CBN has Investors and Exporters Forex Window; the CBN official rate; the parallel market rate; the Retail Secondary Market Intervention Sales and the wholesale SMIS.

Celasun said there was a need for the monetary authorities to strengthen the banking sector resilience, while the fiscal authority should implement stronger structural reforms.

The structural reforms, according to her, should focus on infrastructure, power and broader governance.

She said, “Nigeria has one of the lowest rates of revenue in the world and this is hit hard by drop in oil prices. That is essential for the country to spend more on priorities, such as social safety and infrastructure.

“Other areas are the need for a tight monetary policy and a simpler unified exchange rate system. Foreign exchange restrictions have also been distorting public private and public sector decisions and holding back investments.”

In terms of world economic outlook, the Fund projected that the global economy would grow by its slowest pace since the global financial crisis of 2008.