A campaign aimed at creating a thorough public awareness  for the Imo State Zoological and Wildlife Park at Nekede, Owerri West Local Government Area, Imo State, has begun as the ministry of tourism has flagged off a multimedia awareness campaign for the park. 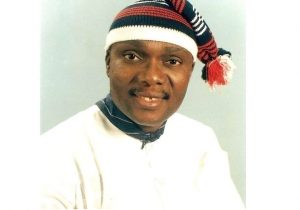 At the flagging off of the awareness  campaign,   the tourism ministry staff,  adorned in the attractive colours of the new brand of the Imo State Zoo and Wildlife Park, added glamour to the occasion, distributing finely printed flyers and folders as well as responding to inquiries by the visitors.
The commissioner for tourism stated that the Imo State Zoo and Wildlife Park is a premier animal conservatory and home to over 500  animals from around the world. According to him, the Nekede Zoo and Wildlife Park is the only surviving animal conservatory of any consequence in the South East geopolitical zone and that Hope Uzodinma,  the governor of Imo State, is committed to maintaining the zoo and wildlife park as a model facility for animal conservation, research and recreation.
Mazi Ohia was of the opinion  that many residents of the state were unaware that the  zoo was active and well stocked with a wide range of animals,  saying also that the zone is open for guided tours, horse rides, recreation, with sections for local delicacies, barbecues, animal museum, history gallery, exhibitions, and gifts/gallery to ensure visitor’s satisfaction.
According to the commissioner, a recent statistical survey of visitors to the zoo indicated that there has been more awareness about the zoo in Abia State than in Imo State where the  zoo is actually located.
He noted that it was an irony that Imo people were generally unaware of the rich selection of wild animals in the zoo, including a lion and a lioness that recently delivered lion cubs, Jackals, baboons, crocodiles, turtles, peacocks, ostriches, hyenas, porcupines, assorted reptiles, eagles and other birds, etc.
He disclosed that the objective of the awareness campaign was to spread information about the fascinating animal population of Imo State Zoo to everyone in the state, as well as prospective visitors in the neighbouring states of Abia  Rivers, Akwa Ibom, Anambra, Ebonyi, Enugu and Delta.
He urged families, schools, clubs and groups to take advantage of the existence of such a facility to give young persons real life experiences of wild animals, undertake practical lessons, or research or to give themselves a genuine wildlife experience.
The Nekede Zoo and Wildlife Park is located close to the  Owerri metropolis and in an area close to the hotel and hospitality axis  of the city.
The zoo and wildlife park is an exotic tourist attraction and  the animals are housed in protected areas which reflect their natural habitats, allowing visitors to get as close as possible to view the animals.
The commissioner informed that in other countries, such facilities are greatly supported by the public because of their significance to the environment and to the development of ecotourism.
He hinted that plans were being made to introduce more exotic animals, to reconstruct the entrance to the zoo and to create leeway for animal lovers and animal charities to support the maintenance of  the zoo and park wildlife park.
Businessamlive Website Stats