The development of Imo River Valley will spur real economic growth in Imo State, says Charles Ugwuh, former minister of industries of Nigeria, who is canvassing a proposal strongly to this effect. 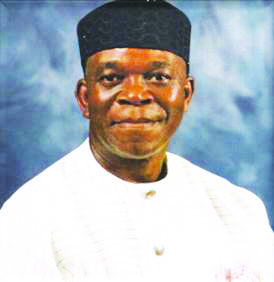 Ugwuh described the economy of the state left behind by former governor Rochas Okorocha as having failed.

He is proposing that attention on the Imo River Valley should be one of the measures to be taken as a people to achieve the dream of the people, and as one to make the state   a stable and agriculturally prosperous one. Ugwuh, an accomplished engineer, administrator and technocrat and a politician with loads of experience is being described as a tireless industrialist.

He spoke as a representative  of Leo Stan Ekeh even though Ugwuh said that he chose this topic by himself, ‘Rebuilding Imo State and Growing her Economy”, at the inauguration of Heartland Professionals  Network held recently in Owerri.

During the last guber electioneering campaign, Emeka Ihedioha, now governor, had told the people of Imo state that his government would cause ‘agricultural revolution’  in the state because the former government headed by Rochas Okorocha did not do much agriculturally in the state.

In the 2019 budget, which was the last budget the administration for Okorocha, agricultural and manufacturing sectors were given less attention by Okorocha as only N5 billion was earmarked for each out of a total of N276,818,071, 812.00 for 2019 fiscal year.

However, Ugwuh,  in his speech informed that in order to grow the agricultural sector of Imo state economy, much attention should be given to the development of the Imo River Valley. The Imo River Valley is an available  strip of land stretching from Ideato through Onuimo, Ihitte Uboma and further down through Mbaise (Itu, Eziudo, Umuogu, Ogbor) in Imo state and to Owerrinta in Abia State.

According to him “currently, our capacity to locally grow our own food and feed ourselves has declined to a worrisome level, where virtually all food crops consumed by Imo people are imported from other states.

“Since the short supply of available land is one of the major obstacles claimed to be limiting our capacity to grow our food, in my view, the first step towards growing the agricultural sector of our economy, is the development of the Imo River Valley”.

He stated that from the source to destination, the Imo River Valley occupies an estimated area of over 50,000 hectares of available/fertile land.

In order to develop the agricultural sector, Governor Ihedioha had explained during his campaign that he would liasie with the federal government for the operation of FADAMA projects in the state.

But Ugwuh who was one of the industrialists that formed part of the committee for industry and agriculture that developed a blue print with which the current government intends to work with, said that with the assistance of the federal government, two dams could be constructed on the Imo River Valley to ensure all the year round farming.

According to him, “over 20,000 hectares of land can be sourced from the River Valley in the first instance, and leased to private sector for massive mechanized cultivation of rice, maize, soya beans and other available crops in what can become a large cluster of farms linked to the Okigwe Silo project.)

The industrialist informed that the development of the River Valley and flood plains would further make land available for major agricultural production initiatives to start with the private sector in viable partnership.

He pointed out that another area to grow the economy of the State is to revamp the oil palm industry, which has suffered protracted neglect.

“Our government should facilitate and champion a campaign in the replacement of the old overgrown low-yield palm trees with modern high-yield palm seedlings”, he said.

Ugwuh further explained that for over a- five year time, the State could be able to raise a huge raw material base of high-yield palm trees capable of supporting and sustaining palm oil milling and vegetable oil production.

And the uprooted old overgrown palm trees could also be used as biomass for the production of particle boards and other by products, he stated.