Indian sugar mills are aggressively signing export contracts after the government approved a subsidy for overseas sales as global prices hit their highest level in over three years. 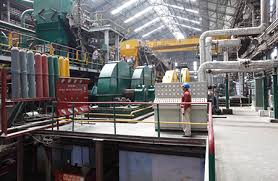 According to industry officials, the exports will help the world’s second-biggest sugar producer/third largest exporter to bring down stockpiles and support local prices, which, at odds with the global market, have been falling due to oversupply in the local market with the shipments expected to generate high prices in New York and London.

Reports also confirm that the country’s indigenous mills have so far agreed contracts to export 1.5 million tonnes of sugar in the 2020/21 marketing year which began  on October 1, mainly to Indonesia, Sri Lanka, Afghanistan and African countries for shipments in January to March.

Rahil Shaikh, managing director of MEIR Commodities, India, said contracts worth  $375 and $395 a tonne on a free-on-board (FOB) basis have been agreed upon and signed by local dealers.

He added that out of the 1.5 million tonnes of export contracts signed, nearly one million tonnes were for raw sugar, while the rest was for white sugar.

Sri Lanka, Afghanistan and African countries are the major destinations for most of the white sugar. Dealers however said demand is limited for whites due to a shortage of containers.

India has also approved a subsidy of $79.53 per tonne to encourage struggling mills to export six million tonnes of sugar in the 2020/21 season.