Kenneth Afor
Due to high demand, the Indian sugar millers have projected that it will export about 1 million tones of the sweetener during the 2019 to 2020 sugar export season, this projection was given in the country’s October 1, 2019 sugar export contract. 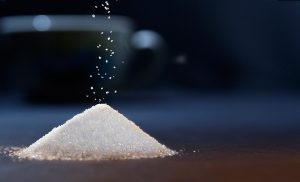 The increase of the projection is as a result of the glut currently in India and the country hopes to ease the glut by setting a 6 million metric tonnes of export in the coming years.

Affirming this, Praful Vithalani, a Mumbai-based sugar trader said that Iran, India’s biggest buyer and other countries in Asia are expected to have a larger chunk of the projection during the course of the exporting year.

“According to our estimate, India has contracted for export of 1 million tonne sugar starting October 1. There has been good demand from Iran,” said the sugar trader.

The two countries have agreed for a $310 per tonne Free On Board (FOB) for raw sugar and $313 per tonne FOB for white sugar exports.

Sources available to business a.m. show that 50 percent of the contracted shipments are for raw sugar while another 50 percent are for white sugar.

The sugar glut in India was as a result of the incentives provided by the Indian government to sugarcane growers in the country to boost sugar production as well as export.

However, according to BB Thombare, president of the Western Indian Sugar Mills Association (WISMA) said that millers in Maharashtra, India’s second-largest producer of the sweetener revealed that the association is not in the same page with the government in exporting sugar during the exporting year due to the backlog of payment, the government owes the body on export subsidy dues.

He said, “We have not yet signed for exports this season as the central government has not paid the export subsidy dues of the previous year even to those mills, who have exhausted their export quota.”

India is the world’s largest producer of sugar with over 33.30 million metric tonnes produced in 2018 and the glut continues, international sugar prices might fall drastically to ease the surplus.