Turning Imo State into a hub of industries and manufacturing through the creation of enabling environments for industries to thrive and attract foreign direct investment (FDI) as well as deepen the
interest of farmers in agriculture to produce enough for local consumption and for export, were issues that dominated the 2019 interactive session between the Imo business community and the political class, an event held at the Imo Hotel Plaza anchored by Owerri Chamber of Commerce, Industry, Mines and Agriculture (OCCIMA). 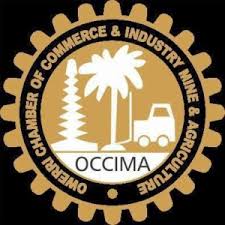 Tourism, technical education, the rule of law and security
were also major or priority areas each of the governorship
candidates said they would tackle if elected and sworn-in as the next
governor of the state. The election holds in a few weeks.

The interactive session was apt “so that OCCIMA, the apex leader of the
organised private sector (OPS) in the state, its members, and the
business community will prepare their mind, to know who to vote for
and to what extent the next governor would be held responsible by the
people if he deviates from what he said,’’ Everest Ndudi Ezihe, a
council member of OCCIMA said in an interview with business a.m.

Okpara Everest, first deputy president of OCCIMA, said the interactive  session was to produce a platform for governorship and senatorial candidates in the forth coming general elections to unveil their plans for economic advancement of Imo State.

In the past, the state had Standard Shoes Company, Clay Products, Nsu Tile Factory, Imo Health Foods Limited, Adapalm Nigeria limited, Imo Modern Poultry Limited, Modern Produce Inspection Laboratory, Oguta Motels Limited, which were major economic sources of revenue for the state and employers of labour, but these companies have become moribund  with their sites desolate.

OCCIMA president stated that for repaid economic development to take place, the state needs to have a plan, a programme of action which would take care of the changes, saying that “a good economic planning
should be aimed at improving the standard of living, create jobs, reduce all sorts of social, economic and zonal inequalities, efficient realization of the state resources for the good of all, emancipation
from poverty within a short  time through reforms, provision of quality education and modern facilities, attainment of self-reliance and encouraging entrepreneurship”.

The governorship candidates who participated in the interactive session include former governor Ikedi Ohakim, who is the governorship candidate of Accord Party; Ahizechukwu Daniel of the New Nigeria People’s Party (NNPP), Ike C. Ibe for Independent Democrat (ID), Ngozi Olehi for All Grassroots Alliance Party (AGAP) and Edwin Uche for Alliance for Democracy (AD). Others are Aloysius Osuji of MAJA
Party, Linus Okorie of YPP, and Tony Mba for Alliance for Social Democrats.

With agriculture, industrialization, tourism, technical education appearing top most in their manifestos, Imo is expected to become an industrial hub of the South East and South South regions, and Imo
being a huge market has a population estimated to be over eight million people, an observer, Anthony Opara, said.

However, the governorship candidates of ANPP, Ahizechukwu Daniel said if he wins, rural-urban migration would be stemmed. According to him, he would build two cottage industries in each of the 27 local government areas, provide N100 million for the poultry farmers, improve the tourism areas in the
state, build a film industry in the state for actors and actresses and provide financial resources to entrepreneurs with the active collaboration of OCCIMA.