A spanner has been put in the wheel of expectations of many observers and participants in the Nigerian economy that the Central Bank of Nigeria could consider cutting interest rates before the end of the year. That spanner, according to an analyst at FXTM in a note sent to business a.m., is the pressure arising from an inflation rate that went up in September from a three-and-a-half year low of 11.02 percent to its highest in three months at 11.24 percent in September. 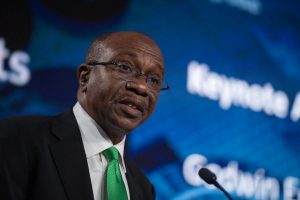 Any thoughts the CBE was entertaining to cut interest rates to stimulate growth have been complicated by rising inflationary pressures, Lukman Otunuga, the FXMT senior research wrote in the note.

“The nation’s annual inflation edged up to 11.24% in September 2019, its highest level in three months after falling to a three-and-a-half-year low of 11.02% in August.  Given how the CBN governor has already made it clear that inflation must hit single digits before a rate cut could be considered, it remains uncertain whether the central bank will cut interest rates before year end,” said Otunuga

According to him, while cutting rate represents a boost to the economy, doing so when inflation is at 11.24 percent could further overheat prices.

“A rate cut could inject the Nigerian economy with a welcome boost, as it stimulates consumption which accounts for roughly 80% of GDP.  However, cutting the MPR when the inflation rate is at 11.24 percent, risks further overheating prices. Like other economies, Nigeria may be exposed to the impacts of a global slowdown but its economy is very different from the US’ which is currently experiencing anemic price inflation. This may be why the Central Bank of Nigeria decided to prioritize reducing inflation to single digits and said it is in no hurry to reduce its key rate,” he further said.

Otunuga noted that the CBN has chosen to raise loan to deposit ratio (LDR) to 65 percent in place of cutting rates, but said while the idea is to make sure money was in circulation and not tied up in government bonds, it was still not certain this is enough to promoted growth.

“In the absence of cutting interest rates, the CBN has raised the country’s loan to deposit ratio for banks to 65% from 60%. Making sure money is in circulation instead of being tied up in government bonds sounds like a logical way to keep the economy on the road to recovery. However, it remains to be seen whether this will be enough to promote growth,” Otunuga said in his note.