In the September 2020 inflation report, the food index rose by 0.66 basis points to 16.66 per cent. In August it was 16 per cent; and as a major driver of headline inflation, the surge was accrued to rising food prices occasioned by border closures and weakening of the Nigerian currency, the naira, against the dollar in the foreign exchange market,as well as the incessant flooding in the northern region of Nigeria where most agricultural produce is cultivated. 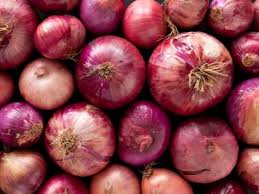 As the nation’s official statistics office – the National Bureau of Statistics (NBS), is set to release official inflation figure for the month of October this week and Nigerian households begin to fasten their belts in preparation for the 2020 Yuletide season, many are again, faced with the realization of having to buy food commodities at a robust price – a tradition which is fast becoming a twelve-monthly ritual for Nigerians.

It is against this backdrop that Business A.M. decided to make a detailed observation of the trending prices in Nigeria’s commodities markets and we found that the price of onions, one of the commonly used vegetables in Nigeria, has taken a huge spike that has left the produce scarcely available, thereby turning it into the ‘new gold’ of this yuletide season.

Business A.M. learnt that the scarcity and the high prices, when they are found, have left many concerned, forcing them to question the circumstances that have brought this on them, especially with the suddenness of the price hike, put at 200 percent and above, leading some to ask if this was not unconnected with the recent upheavals in the economy.

While traders and consumers lament over the scarcity and the price increase,questions are being asked by all and sundry as to the real reasons behind the increase in the price of Nigerian onion.

When Business A.M. commodities desk made effort to seek answers from its network of farmers and produce trading analysts, we found that this significant price increase was precipitated by the poor harvest and poor storage facilities, the disruptions brought about by the coronavirus pandemic, as well as the recent flooding which eroded several farmlands in the north.

Within the last couple of years, which have seen the government shutting the land borders  and also restricting the importation of about 48 items that could be locally produced, with the intention of curbing smuggling and encouraging local production, prices of other agricultural commodities, such as rice, cassava and other locally produced commodities have been on a persistent increase. This is a situation that has elicited reactions from various quarters to question the essence of the continuing border closure which, on the other hand, was supposed to be a way forward; but is now clearly contributing to the hike in prices and inflation.

Equally, in the September 2020 inflation report from the country’s headline inflation was said to have accelerated for the thirteenth straight month, jumping from 13.2 per cent in August to 13.7 per cent in September while the core inflation climbed to 10.6 per cent, from 10.5 per cent in the previous month.

What then lies ahead for this important economic indicator for the month of October, coming from the backdrop of the global pandemic crisis, falling oil prices, border closure and the recent #EndSARS social unrest across the country, which in the aftermath, left several small businesses, shopping malls and outlets, properties, amongst others, vandalized, looted and burnt  beyond recognition.

However, during a visit to some markets in Lagos and interactions with sellers of the commodities as at the time of writing this report, we gathered from some sellers as well as buyers that this spike in price is seasonal, but that the rising prices and product’s scarcity have become an issue which requires government and relevant stakeholders’ immediate interventions.

At a Lagos market, MallamAdamu, who has been an onion dealer for over seven years noted that the scarcity is due to environmental as well as human factors. In his words: “The scarcity of onions is due to the flooding which has windswept the farmlands in the northern region of Nigeria and as a result there is a record of poor harvest. Also, storing these produce requires functional storage facilities, which currently are in poor conditions. While transporting the onions from the north down to other parts of Nigeria for distribution, there is always the issue of stop and search on the highway by security operatives, after which, when you are found clean, you will have to settle (bribe) them handsomely. If you do not, it becomes another problem. So, that cost will get added to our product which in turn, raises our selling price just to cover up for the costs incurred while the goods were in transit”

Adamu further disclosed that prices differ across different regions and it is dependent on the availability of the onions as a bag now goes for as high as N50,000 from the initial N16,000 as the demand gets higher.

Similarly, Monday Itoro, a consumer, said it is surprising that the government is not making efforts to salvage the situation by providing storage facilities for the farmers to make the produce available all year-round for Nigerians.

“A bag of rice is like N30,000; Christmas is next month, the price of everything is going up just like that. The government who said the youths are lazy is not doing anything to help these farmers and also make life easy for Nigerians. Onions that I used to buy at N200 for that small basket from the seller is now almost N5,000 today. I am surprised at how the prices are just rising and the government is doing nothing,” she lamented.

Meanwhile, Isma’ilBawa, an onion farmer and member of the Sokoto State branch of the Onion Producers and Marketers Association of Nigeria (OPMAN), attributed the recent hike in the price of the agricultural produce to the Covid-19 pandemic and the resultant lockdown. Bawa explained that the lockdown, which was imposed across the country in the first few months of the pandemic, was during the cultivation period (March and April). Hence, it was a difficult time for him and other onion farmers to engage in regular farming activities. Furthermore, the onion farmer stated that the torrential rainfall in the months of August and September led to floods which destroyed several onion farmlands in his community.

The north of Nigeria, (mainly Kano, Kaduna, Sokoto, Jigawa, Plateau, Bauchi and Kebbi), is said to be the largest producer of onion in the country; while an IFRC 2020 report revealed that the same region has had flood windswept the agricultural produce from 12 out of its 19 northern states.