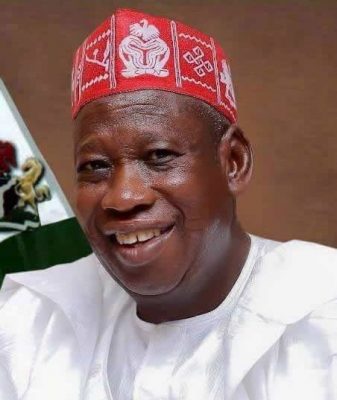 Development of infrastructure, provision of water and school construction received the lion share of the 2019 Kano State budget proposal  presented to the Kano State House of Assembly by Governor Abdullahi Umar Ganduje.
A copy of the financial plan obtained by Business a.m. confirms this, as #83 billion out of the total budget size of #219.7 billion proposed for next year is devoted to the three sectors.

Analysts are of the view that the proposed pattern of public spending is not different from what it has been since the advent of the administration in 2015.

Delivering the financial plan tagged ‘budget of sustainable development’ to the State House of Assembly on Wednesday, Governor Abdullahi Umar Ganduje, disclosed that the biggest allocation of #38.31 billion of the budget was for provision of infrastructure.

According to the governor, “the 2019 budget is designed in a way so as to attain the developmental agenda of the administration which is geared at developing the state in all ramifications”.

He said the budget would focus on efficient and effective public spending through prudent public financial management process by continuing a synergy and cooperation it started with all stakeholders in the state”.

Ganguje further said the target of the budget was to ensure transparency and accountability and to continue with process of participatory budgeting.
After due consultations with the relevant stakeholders within and outside the public service, he said the government was proposing an aggregate budget of N219, 655, 217, 756 for the year 2019. Out of this amount, the sum of N134, 065, 152, 619 is dedicated for capital expenditure, while the sum of N85, 590, 65, 167 is for recurrent expenditure.”

Highlighting on the policies and detailed budget allocations, Ganduje said, “the total projected recurrent revenue for the year 2019 is estimated at the sum of N156, 761, 637, 947 which consist of N45 billion as Internally Generated Revenue (IGR) and N101, 761, 637, 947 as revenue from federation account.

Ganduje further stated that the focus of the 2019 budget would be on completing on-going projects in health, education, rural roads, power, water and agriculture and other critical infrastructure.”

Noting that the budget was the fourth and the last budget presentation of his first tenure in office, he said under his leadership, Kano State was among the few states which managed to withstand the impact of the 2016/2017 recession occasioned by the related Global financial crisis.

“…By maintaining an expansionary fiscal policy stance, we were able to improve the revenue generation drive, with a view to minimizing dependency on the grants coming from the Federation Account. This accorded our government, the fiscal strength to invest in critical economic and social infrastructure such as water, energy, roads, schools and health facilities across the state” the governor explained.