Abdulkhdir Baba Hassan, the president of the Niger State Chamber of Commerce Industries Mines and Agriculture, has attributed the low patronage of the 17th Niger National Trade Fair by investors, exhibitors, states and local governments to the security situation in the northern part of the country. 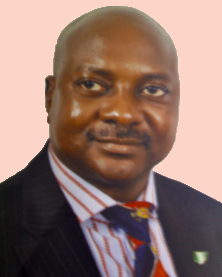 Hassan, who made this known at the opening of the trade fair in Minna, the state capital, on Thursday, said efforts by the chambers to attract participants to the exhibition failed.
“The trade fair came with its attendant challenges most especially fear of our brothers from other parts of the country that all parts of the north are infested with kidnappers. All attempts to convince them fell on deaf ears.
“In view of the foregoing, we wish to appeal to all tiers of government to intensify efforts to face this monster of insecurity with all available resources and manpower.
“If this scenario continues, doing business in the north may be impossible,” he said.
According to Hassan, “The north is known for our agricultural potentials which employs more Nigerians than oil, but I am afraid to say that in most communities across the region, many farmers cannot go to their farms and where they go, they either pay levies to bandits or risk being injured and in extreme cases killed.”
He however appreciated the efforts of the Niger State government in its drive to curtail the monster, but urged the administration to liaise with the neighbouring states to “reduce the activities of these criminal elements among us”.
He disclosed that the Chamber had entered into bilateral agreements with the Indian High Commission, the China and Russia embassies, assuring investors that the agreements would translate to the industrial growth of the state.
The state Governor, Alhaji Abubakar Sani Bello, in an address to the event, said the government has created an enabling environment for genuine investors to invest in the state.
The governor, who was represented by the Commissioner for Investment and Commerce, Alhaji Mudi Muhammed, said the state was safe for investors, adding that government was partnering with all security outfits in the state to ensure safety of lives and property.
As at the time the trade fair opened on Thursday, only the host, Niger, and Plateau and a few investors had established their stands.