Little is known about Microsoft founder and CEO Bill Gates’ family, but it turns out his 21-year-old daughter Jennifer has quietly been making a name for herself without the help of her famous father. 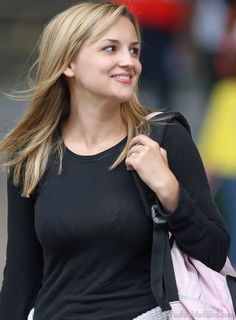 Jennifer is currently a student at Stanford University, and when she’s not hitting the books, she’s busy competing in equestrian competitions. The 21-year-old, who bears a striking resemblance to her mother Melinda, began riding when she was only six years old.

For Gates’ daughter, equestrian isn’t just a hobby, it’s a way of life. In 2016, Jennifer’s father, Bill, dropped $37 million on a string of properties in the equestrian capital of Wellington, Florida, signaling just how serious she is about her sport. The United States Equestrian Federation currently ranks Jennifer No. 19 in show jumping (with Steve Jobs’ daughter Eve trailing not too far behind at No. 23).

The red-headed beauty is currently dating Nayel Nassar, who is also an accomplished show jumper. To start off 2018, the two took a trip to Kuwait, where Nassar grew up, to celebrate their one-year anniversary.