The National Insurance Commission (NAICOM), which regulates the insurance industry in Nigeria, has unveiled plans to commence an academy to serve the commission’s training needs, as well as those of other regulators in the West African sub-region. 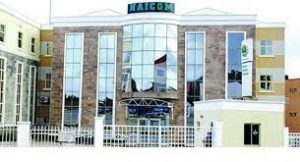 Sunday Thomas, commissioner for insurance, at a workshop in Lagos, said the academy will take off by the end of third quarter or beginning of fourth quarter 2021, adding that the academy  would work alongside the College of Insurance.
He said: “The academy would not compete with the College of Insurance, which is run by the Chartered Insurance Institute of Nigeria (CIIN), but complement the activities of the institute for the benefits of the insurance business.”
Speaking on the need to implement the industry’s corporate governance guidelines, he noted that insurance operators that fail to implement the guidelines in the country would be sanctioned. He said, “the absence of sound corporate governance structure in some insurance companies has been the cause of the industry’s abysmal performance.
“The corporate governance guidelines that became effective last month would change the way companies, especially underwriting firms, are being run in the country. Companies don’t fail on their own. Instead, people make companies fail. Companies don’t die, companies are killed and the death of companies involves poor governance structure.
“The corporate governance guideline, which has become effective, is to make sure that resources put into the insurance sector are well protected,” Thomas stressed.
Businessamlive Website Stats