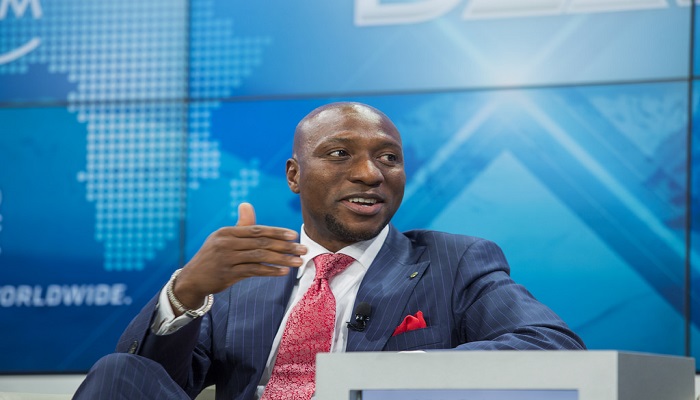 ·     Says sector lags behind others in Africa

At the close of the ongoing recapitalisation exercise by insurance companies in Nigeria, the sector would have attracted an estimated sum of N200 billion.

This was disclosed by Oscar Onyema, the chief executive officer (CEO) of the Nigerian Stock Exchange (NSE), at an Insurance Sector Forum held in Lagos on Tuesday.

Although, he lamented that despite the tractions recorded by the sector across some metrics, it still lags behind some other African countries’ with comparative fundamentals in terms of penetration and density.

He recalled at the forum hosted by the Exchange that the National Insurance Commission (NAICOM) recently announced the upward review of the minimum paid-up share capital requirement of insurance and reinsurance companies.

He said: “An estimated capital of ₦200 billion is expected to be injected into the Nigerian insurance industry post-recapitalization with a 400 per cent increase in the minimum capital required for life, 333 per cent for non-life, 360 per cent for composite and 200 per cent for re-insurance.

“While I am optimistic that this directive by the industry regulator would enhance performance, bring about efficiency, innovation and profitability, the industry needs significant support to unleash its growth potential.”

According to Onyema, the ongoing recapitalization and consolidation exercise is expected to significantly impact the industry and equally present new opportunities in mergers and acquisitions (M&A) as well as private equity and public offerings.

He noted that the insurance industry has grown remarkably over the years, generating a Gross Premium Income (GPI) of ₦448.6 billion in 2018, reflecting a 12 per cent growth from 2017.

The industry also recorded an increase in its asset base by an estimated sum of ₦1.3 trillion as at December 31, 2018, reflecting a 17 per cent Compound Annual Growth Rate over the last three years, according to him.

“Although this data indicates a positive outlook in the Nigerian insurance industry, the reality and headwinds faced by operators in the sector are quite formidable.

“Many licensed insurers are largely undercapitalized, thus limiting their ability to take on big ticket in-country risks, as is often required in the oil & gas, marine and aviation sectors,” the NSE boss explained.

He said that consequent of the challenges facing the sector, the insurance industry contributed less than 1 per cent to the Gross Domestic Product (GDP) of Nigeria as at Q3 2019.

Onyema, however explained that this vacuum amounts to, perhaps, the most remarkable investment case of any industry in Nigeria and that despite present challenges; the sector presents numerous opportunities for enhancing the economic fortunes of the country.

He noted some foreign investors have already recognized these opportunities and tapping into them by acting accordingly with the likes of AXA, Prudential, Liberty, Swiss Re, SUNU Group, Saham Group, taking strategic positions in the industry.

“At the NSE, we see close parallels between this recapitalisation and that of the banking sector in 2005.

“The immense growth seen in banking industry in large part can be attributed to successful capital raised through the capital market.

“The crucial question before us is unraveling how to replicate similar successes within the insurance space and leverage the platform of The Exchange to successfully raise rightsized capital to fuel accelerated growth,” Onyema said.

He said the nation’s bourse provides a platform to support listed corporates to meet their business objectives whilst also implementing strategic initiatives that have improved investor confidence.

“This has allowed listed companies to be positioned on the Exchange as attractive investment opportunities.

“We have worked assiduously over the years in ensuring positive impact to the private sector and more importantly our listed companies through policy advocacy and strategy execution efforts.”

He added that The NSE continues to engage the Federal Government on tax incentives for listed companies and exemption relating to investments in the capital market.

“We are delighted to note that we have made some strides in our discussions, some of which are evident in the proposed amendments to The Finance Bill 2019, which has now been passed by both Houses of the National Assembly.”

He also promised that with the ongoing recapitalization exercise, the NSE would encourage insurance operators by providing a special window to fast-track the approval process.

This however is hinged on the condition that the operators have demonstrated high standards of corporate governance, deep social impact, high regulatory compliance, and enhanced returns for their shareholders.

“Post recapitalization, we look forward to having our first insurance company listed on the Premium Board of the NSE,” he said.