The optimism and confidence levels of market investors bounced back to green at the end of the second quarter after the bearish trend reported in May when there was reduced participation by institutional investors in the equities market with sustained investor preference for risk-free securities. 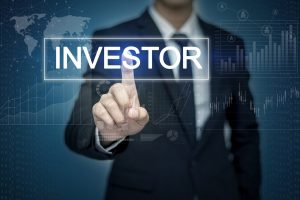 However, a breakdown of the data obtained from a report published by the NGX on June’s performance when compared to the performance of June 2020, which printed N128.88 billion, shows that total transactions decreased by 21.81 percent year on year; but it indicates a year to date increase to N1.034 trillion as at June 2021 when compared to N1.003 trillion reported same period a year ago.

A comparative analysis of the total transactions executed in June and May 2021, respectively, on the exchange revealed that the trading figures polled from market operators on the total domestic and foreign portfolio investment inflows shows that total domestic transactions increased by 0.59 percent, from N76.90 billion in May to N77.35 billion in June 2021; while the total foreign transactions increased by 15.43 percent from N20.29 billion, about $49.33 million, to N23.42 billion, about $56.91 million, between May 2021 and June 2021.

In a related development, the Nigerian exchange-traded funds (ETFs) total market capitalization shed 39.7 percent quarter on quarter to N12.25 billion at the close of Q2 2021, from N20.32 billion reported in the previous quarter from 12 listed ETFs on the local bourse.  As a result, trade volumes fell by approximately 69 percent from about 5.3 million units in Q2 2020 to 1.6 million units in Q2 2021 as the commodity-backed ETP suffered net outflows of 54 percent, from N12 billion in Q1, 2021 to N5.5 billion in Q2, 2021, due to FX restrictions in the regulatory clime.

The quarterly ETF data (Q2) from the NGX shows that the ETF market traded with a daily average of N72.70 million in transaction value and about 27 thousand average daily transaction volumes. The second quarter ended June 2021 has, without a doubt, witnessed non-stop increase in net inflows with stronger year on year performance throughout the Global ETF industry. On the local scene, the Nigerian ETP/ETF market witnessed a relatively bearish performance in comparison to the first quarter of the year.

Of note is that the Nigerian Exchange Group (NGX) is regarded as the leading ETF market in West Africa and one of the largest in Africa in terms of its listed products, turnover value and market capitalization.  Since the first listing of a single commodity-backed ETF in 2011, a number of other equity-based and fixed-income ETFs have been introduced into the Nigerian bourse.

The Exchange Traded Fund (ETF) is a type of investment fund and exchange-traded product that tracks the performance of an index or a “basket” of securities, such as shares, bonds, commodities, etc. The ETFs are listed on a stock exchange and trade much like stocks, providing investors with the opportunity to diversify their investments at relatively lower costs and gain exposure to different asset classes and strategies including; Equities; Fixed Income; Commodities; Currencies; International Markets; Multi-assets, etc. With ETFs, investors can track global, country-specific and asset-specific indices.

On a global review, the total assets invested in ETFs and ETPs listed globally reached $9.35 trillion at the end of the second quarter of 2021 with net inflows peaking at $88.50 billion in June 2021. Thus, this brings the year-to-date net inflows to about $660.73 billion, rising 125 percent from the second quarter in 2020.

Meanwhile, commodity-backed ETPs such as Gold, Silver, other precious metals and Exchange-traded Notes “ETNs”, have benefitted the most from the incredible new net inflows witnessed in June. Nevertheless, investors’ sentiments have continued to flourish in the green zone of equity ETFs/ETPs, which gathered $460.73 billion in net inflows in the first six months of the year.

Though investors are poised on value stocks and ETFs, which can provide a “safe haven” in light of the rising inflation in the global fronts, they have, however, remained positive on the gold-backed ETFs, as well as diversifying their investment portfolios with listed ETFs giving exposure to the NGX 30 index.

Further analysis of the data highlighted that of the 12 listed securities 5, from Vetiva (4), Meristem (2), Greenwich (1), Lotus (1) Stanbic (1), and SIAML Pensions (1)) were of the equities class exposure; while Vetiva listed NewGold ETF had its commodity asset class, NEWGOLD ETF listed on the exchange. However, an aggregate of the twelve assets market capitalization for the review period amounted to N12.25 billion or $29.87 million with the NewGold ETF accounting for the most (N5.50 billion) of the total market cap. Trailing was Vetiva Griffin 30 with N2.54 billion in the market, while the rest rank in the million range.

During the second quarter, the most traded exchange-traded fund during the period on the local exchange was the NewGold ETF in 90 deals and resulting in N4.42 billion transaction value and accounts for 99.58 percent of the total of the most traded ETF. Consequently, the Vetiva Griffin 30 with 44 deals accounted for 0.18 percent of the most active ETFs with a value of N8.12 million, while the Vetiva Industrial goods ETF, Meristem Value ETF and the Stanbic IBTC ETF 30 accounted for N4.53 million, N1.9 million, and N1.48 million, respectively.