Equities investors gained a sum N245 billion at the close of market on Thursday as the equities market capitalization recovered to float above N13 trillion benchmark. 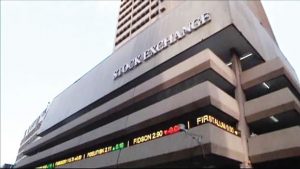 With the development, analysts believed the Nigeria’s equities market may have rediscovered its lost aura as the increasingly less attractive fixed income instruments induced alpha-seeking investors to gush to risky assets.

Packs of gains in high dividend-yielding banking stocks ensured the market posted its best daily performance since May 28, 2019.

According to Nigerian Stock Exchange’s (NSE’s) trading figures, the benchmark index rose by 1.91 per cent to 26,843.11 basis points after gaining additional 507 points.

Consequently, month-to-date return turned positive at 1.85 per cent while year-to-date loss moderated markedly to -14.60 per cent.

In a similar way, market capitalization, which slumped significantly to N12 point on Thursday, October 10, recovered to hit N13trillion benchmark as it closed at N13.067 trillion.

All sector indices closed in the green, with the banking index leading as it appreciated by 7.04 per cent, followed by the Insurance at 1.96 per cent while industrial goods, consumer goods and oil and gas indices surged by 1.24 per cent, 0.98 per cent and 0.92 per cent respectively.

Market sentiment, as measured by market breadth, closed in favour of the bulls as 34 gaining stocks overwhelmingly outnumbered there three declining counterparts, while four others stocks closed on unchanged prices.