Nigeria’s leading economist, Pat Utomi says investors are scared of putting their money in businesses in Nigeria at the moment due to incessant political interference in the business circle by the country’s government. 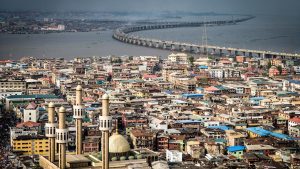 As part of efforts to create an enabling environment that supports indigenous and foreign private sector investment in transport infrastructure, Utomi, a professor of political economy and management expert urged the federal and state governments to jettison political interference in contracts and concessioned projects.

Speaking on Wednesday at the ongoing Chartered Institute of Transportation of Nigeria (CIoTA) summit in Abuja, Utomi stressed that this practice of frivolous interruption of legitimate infrastructure concession agreements and contracts had scared Nigerian private sector investors as well as foreign direct investments, while the nation suffers the consequence of dilapidated transport infrastructure.

“People do not go to a country where property rights are threatened. In Nigeria, governors are revoking Certificates of Occupancy that were approved by their predecessors. We are talking of properties that people have invested billions of naira to build being revoked due to political considerations. People don’t come to countries like that,” Utomi said.

A former presidential candidate, Utomi, a top lecturer at the Lagos Business School,who is also the founder, Centre for Values in Leadership (CVL), lamented that lack of efficient transport infrastructure which he noted had seen Nigeria lose relevance to smaller African countries and other nations outside the continent.

Noting the strategic role of logistics in economic development, Prof. Utomi said, “China’s dramatic rise is down to the fact that they were able to turn around their logistics sector.

“Africa will not make the progress that it is destined to make, unless Nigeria leads the flying geese. What transformed South East Asia economy? One country, Singapore began to get it right, and others looked across the border and joined in the development stride. Before you know it, Malaysia, Thailand and others had their economies transformed.”

It may be recalled that President Muhammadu Buhari assented to the bill establishing CIoTA in June this year, and since then the association, led by Bashir Jamoh, its national president, has continued to engage stakeholders in the sector constructively towards achieving a viable inter-modal transport sector in Nigeria.