In the hustle of a busy hospital emergency department, teams of doctors and nurses react quickly to determine whether a patient needs to be admitted, referred, or released. Providing such complex care requires a high degree of skill and seamless teamwork, the kind that usually comes from years of working together.

But like many modern workplaces, emergency departments are staffed based on availability and not familiarity. During any given shift, it’s quite possible that the attending physician, residents, and nurses barely know each other. 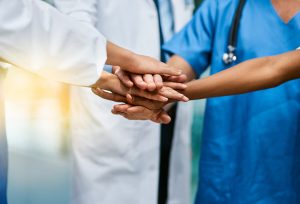 In her latest paper, Wharton professor of operations, information and decisions Hummy Song investigates how this ad hoc assignment strategy affects the overall performance of temporary teams and why the role of each team member matters. Previous research has neatly established that when members are more familiar with each other, they perform better. But Song’s research examines performance under a different microscope: What happens when attending doctors, residents, and nurses — colleagues with differing skills and authority — are thrown together to accomplish a task?

According to the study, attending doctors and residents perform better when they have prior experience working with many different nurses. But performance declines when nurses and residents have experience with many different attendings, and when attendings and nurses have experience with many different residents. The results suggest that prior interactions with employees in decision-executing roles (nurses) are a critical and perhaps overlooked aspect of successful team building, which sometimes focuses more on the employees in decision-making roles (doctors). In a hospital, for example, it’s the experienced nurses who often guide the newbie residents through the maze of patient care delivery, despite being outranked by the resident.

“Teams are everywhere, so it’s important that we are intentional in determining how to staff these teams in a way that balances both learning and efficiency,” Song said. “In the emergency department and in other settings, it’s really important to be efficient, but they’ve also got residents to train. You have to think about the learning and the efficiency, and not just one at the expense of the other.”

Song said she and her co-authors wanted to study the composition of teams because in their frequent conversations with hospital administrators, the topic of team performance usually comes up. Administrators are always looking for ways to improve operational performance for a host of reasons, including cost efficiency and benefit to the patient.

“We’re looking at these potential levers that have to do with team composition, specifically team familiarity and partner exposure. How do these things matter when it comes to performance?” Song said.

To conduct their study, the professors analyzed three years’ worth of patient discharge data from the emergency department of a metro hospital collected between 2008 and 2011. The time from entry to discharge is a standard measurement of workflow in hospital settings, which is why the professors relied on the specific data for their analysis. After filtering outliers, they used a final sample of 111,491 visits with physicians and nurses who worked in 4,572 unique teams.

Consistent with prior research, the professors found that team members with previous experience working together did indeed perform better. Their familiarity fosters trust, and their shared work experience gives them a shorthand for communicating and solving problems to get patients out the door.

“That’s a validation of the prior findings,” Song said about those results. “But it’s not the main contribution of our work.”

“It’s really important here to think about that team authority structure,” Song said. “Attendings, nurses, and residents don’t just have distinct roles, but different levels of authority on the team.”

Because of time constraints, attendings are more likely to engage residents in formalized treatment plans but not necessarily provide more iteration or explanation to the newer physicians, according to the study. Meanwhile, nurses can help residents learn informal procedures on the fly, like how to get a report back from the lab and to the attending, or whom to call if a machine malfunctions.

Song noted one result of the study that was different from the rest: Negative effects of partner exposure are reduced in cases with a more standardized workflow. That’s because those kinds of cases require fewer steps from diagnosis to disposition, so less is left to interpretation and discretion. An example is a patient who comes in complaining of leg pain. An X-ray reveals a broken bone, which likely eliminates the need for further diagnostics and clears the patient’s path to exit.

“When you’ve got more structure and less ambiguity or discretion on how to carry out the work, the negative effect of being exposed to more attendings may be muted,” Song said.

Beyond the Hospital Setting

Although the research was limited to the hospital emergency department setting, Song said there are takeaways for different industries that put together teams of employees with clearly delineated skills and roles. Banking and finance firms have such teams, as well as a range of consultants.

“I expect a lot of these findings to generalize to many of these settings where there’s a strict hierarchy among team members and the roles are defined,” she said. “The closest parallel to a hospital setting would be collaborations that happen in a short, finite period of time. But even projects that go for several weeks, I imagine there would be benefits. What’s the mechanism behind the results? What’s the learning that team members gain from exposure?”

Song’s study was grounded in small teams, but she would like to see the research expanded to include larger teams with multiple people per role. She’s also interested in how her findings might change if the study was conducted on a firm without a steep hierarchy. “A lot of firms are trying to promote a flatter organizational structure. What does the effect of partner exposure look like then?” she said.

Song said she hopes her study encourages hospital administrators and other types of managers to think more deeply about how they assign employees to a team, beyond who is available on any given day for any given shift. Scheduling software can help make that task a little easier.

“Typically, the bias in health care is that you’re just thinking about the schedule for each of the attendings, residents, and nurses,” she said. “Our findings show that it’s really important to think about how to staff these folks together on a team, especially since it appears that residents may benefit a lot from exposure to different nurses. That interaction with nurses, as opposed to interaction with attendings, might be a really important but under-recognized aspect of training and learning for residents.”