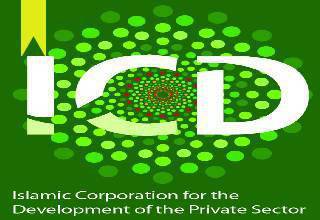 The board of directors of the Islamic Corporation for the Development of the Private Sector (ICD) at its 91st meeting has approved the appointment of Ayman Amin Sejiny, as general manager and chief executive officer of the corporation.

Bandar Hajjar, president of IsDB and chairman of ICD said: “After a rigorous search, the board concluded that Ayman’s considerable experience in the banking sector, along with his strong track record of success as a CEO, made him the outstanding candidate for the role.

Ayman has demonstrated throughout his career the ability to work successfully in different environments, designing and leading strategies which resulted in impressive value creation. I look forward to working with him to create the next chapter of ICD’s story of success”.

Ayman Sejiny, the incoming CEO, said: “I have admired ICD from the outside for many years and am delighted, therefore, to have been chosen to lead the corporation in the next exciting phase of its journey. I greatly look forward to meeting employees, leaders, customers and other stakeholders after I join in October and to working with them to achieve further success in the years to come.”

A statement obtained by business a.m. stated that Sejiny is a highly accomplished financial industry leader, who before his appointment served as chief executive officer of Ibdar Bank BSC, Bank Alkhair, Barclays Capital Saudi Arabia and as the chairman of Open-Silicon, Inc and Bahrain Financing Company Group as well as board member of Unicorn Bahrain.

He is acknowledged to be a board and C-Level performer with vast experience in innovating financial processes and products and establishing boards, managements and institutions in highly regulated and sophisticated jurisdictions and industry sectors.

Ayman holds a first degree in finance from Eastern Michigan University, United States, and the Islamic Corporation for the Development of the Private Sector ICD) is a multilateral development financial institution and is part of the Islamic Development Bank (IsDB) Group.

ICD was established in November 1999 to support the economic development of its member countries through the provision of finance for private sector projects, promoting competition and entrepreneurship, providing advisory services to the governments and private companies and encouraging cross border investments.

The corporation has an authorized capital of $4 billion, and currently, it shareholders are in 54 Islamic countries and five public financial institutions.