Japan’s government plans to set up a new watchdog to scrutinize big tech companies like Facebook and Google amid growing concerns about monopoly practices and the handling of personal data. 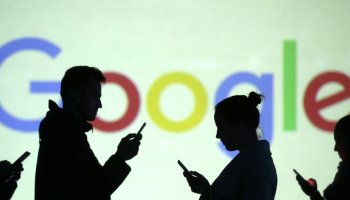 The new regulator will examine competitive practices, the protection of personal data, and make anti-trust recommendations, according to a presentation made at a government advisory panel on Wednesday.
The new body will also draw up new guidelines to evaluate whether mergers and acquisitions will lead to a monopoly on messaging data or personal data.
The government hopes to finalize the plans for the new regulator by the summer, but it is still uncertain when it will become fully operational.
Japan’s move is part of a global trend toward tighter anti-trust regulations for major technology companies, which critics say have been allowed to dominate search, social media, and e-commerce with little oversight.
At the meeting on Wednesday, bureaucrats gave a presentation to cabinet ministers showing how Facebook, Google, Amazon.com, China’s e-commerce giant Alibaba Group Holdings Ltd and China’s top search engine Baidu Inc have increased influence by expanding into payment systems, retail shops, self-driving cars, drones, and interconnected devices.
The growth of the digital economy does have some merits, such as making it easier to reach new customers and generate profits at lower costs, according to the presentation.
But, it said some big technology companies could abuse their influence with arbitrary search results, high fees, sudden changes to terms of usage, and unfair contracts with suppliers.
Japanese officials also discussed two specific cases in recent years when the European Union fined Facebook and Google for practices regulators ruled to be in violation of anti-trust rules.
India’s antitrust commission is looking into accusations that Alphabet Inc’s unit Google abuses its popular Android mobile operating system to block its rivals, four sources with direct knowledge of the matter told Reuters on Tuesday.
Last week, Germany’s anti-trust watchdog ordered Facebook to curb its data collection practices in a landmark ruling. Facebook has said it will appeal the decision.
Public trust in big technology companies has waned, fueled by last year’s Cambridge Analytica scandal in which tens of millions of Facebook profiles were harvested without their users’ consent.

Subscribers may be restricted to three phone lines