Ahmed Lawan, senate president, was said to have secured 26 job slots for his constituents, from the Federal Inland Revenue Service, according to revelations on the job scandals rocking some federal government’s agencies and departments. 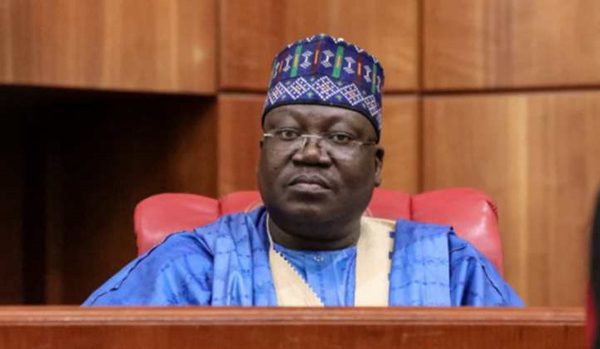 This is just as the job scandal rocking the upper chamber gets messier with senators threatening showdown over the sharing formula of the employment slots given to them by the federal agency.
A senator, who spoke anonymously on the matter, accused Lawan of “hijacking the 26 slots without considering other senators, not even from his state.”
A youth association from Lawan’s constituency, Unity for Collective Progress Forum, yesterday said all the beneficiaries had received employment letters and were expected “to commence work in earnest”. The association gave the breakdown of the beneficiaries’ local government areas, from Lawan’s constituency as Nguru, 5; Karasuwa, 3; Machina, 4; Bade, 7; Yusufari, 4 and Jakusko 3.
The Socio-Economic Right and Accountability yesterday asked Lawan to clarify the allegations that 100 employment slots for federal agencies were allocated to 10 principal officers of the Senate. The spokesman of the Senate president, Ola Awoniyi, neither answered several phone calls nor replied a text message sent to him last night.
The spokesmen of the Federal Character Commission and the FIRS also did not answer phone calls on the issue. Speaking on the matter,Danjuma Laah, chairman, senate committee on federal character and inter-governmental Affairs, said the committee had commenced an investigation into the alleged lopsided recruitment by some federal agencies. “I am making my investigation underneath to avoid disgracing people, “ he said.
Businessamlive Website Stats