JPMorgan Chase & Co. acknowledged that Bear Stearns made millions of dollars of payments to a friend of the son of Libyan dictator Moammar Al Qaddafi around the time it raised $200 million for the country’s wealth fund.
But the bank is refuting the Libyan Investment Authority’s central all 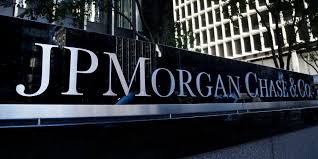 egation in a London lawsuit that the funds were used to bribe and intimidate officials who awarded the 2007 bond deal. The payments were for help setting up introductions with the north African fund, JPMorgan said.
The lender’s Bear Stearns unit sent $6 million to businessman Walid Al-Giahmi — a close associate of the Qaddafi regime — to arrange deals in a contract that was no more than a “sham” agreement, the LIA has said. In its defense documents filed with the court and released Friday, JPMorgan said that Giahmi provided “legitimate intermediary services” to Bear Stearns.
Libya had been an international pariah state before international sanctions were lifted toward the end of 2004, and Bear Stearns hadn’t dealt with the government fund prior to the bond transaction. While JPMorgan confirmed its unit made four payments to accounts at Giahmi’s firm, it said it had no suspicions that the funds would be used for anything other than fulfilling his broker services.
“Bear Stearns did not participate in and was not aware of (nor suspected) any fraudulent and corrupt scheme involving the LIA or Mr. Giahmi,” JPMorgan said in the court documents.
The LIA, an oil-wealth fund set up under the former dictator, has been pursuing a number of claims against major banks seeking to nullify unprofitable deals that may have been influenced by bribes. Societe Generale SA paid more than $1.7 billion in settlements and regulators’ fines over claims the bank paid a bribe to Giahmi to arrange deals.
Giahmi was “well-placed to effect introductions,” JPMorgan said. The businessman, who was friendly with Bear Stearns banker Nadim Shabsogh, helped to identify key decision-makers at the LIA and set up meetings, the lender said.
Bear Stearns conducted due diligence on Giahmi before hiring him, the bank said, and “no derogatory information was identified.” The Libyans say Giahmi had personal connections with the Qaddafi family and regime, including Qaddafi’s son Saif Al Islam.
Bear Stearns raised $200 million for the LIA in five-year notes after the services agreement with Giahmi was signed in July 2007. Neither Giahmi nor his firm Lands Company Ltd. “provided any legitimate services to Bear Stearns,” according to the LIA’s complaint.
Instead, Giahmi bribed and intimidated the fund’s executive director Mustafa Zarti, other LIA executives, and the head of an alternative-investment team to enter into the bond agreements, the LIA said.
JPMorgan bought Bear Stearns at the height of the financial crisis in 2008.
Giahmi is seeking to challenge the jurisdiction of the lawsuit and hasn’t filed a defense in the case.
Officials at the LIA didn’t attempt to enquire further into the transaction if they had concerns even though they had opportunities to do so, JPMorgan said. The fund also failed to heed advice from KPMG to conduct an “urgent forensic investigation,” it said.

A spokesman for BDO, which is acting as the receiver for the LIA, decline