By Adeola Ajakaiye, in Kano

There are strong indications that an ongoing leadership dispute in the Kano Chamber of Commerce, Industry, Mines and Agriculture (KACCIMA) may stand in the way of this year’s annual Kano international trade expo. 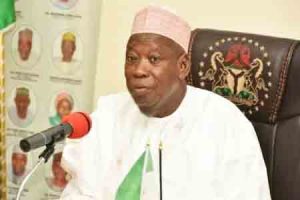 Business a.m. can confirm that the dispute has led to the shutdown of the operations of the chamber since the beginning of the year and halted preparations for the annual trade exhibition.

This would be the first time in the history of the annual fair that it is being threatened by a serious crisis, according to a source in the private trade promotion and facilitation group.

The source said the major issue challenging the trade fair borders on a disagreement on the conduct of a fresh election to usher in a new leadership that will take over the management of the Chamber after the expiration of the tenure of the Dalhatu Abubakar-led executive committee in December last year.

The source, who does not want to be named because he is not authorised to speak on the matter, said the infighting in the chamber is hinged on an alleged meddling in the affairs of the Chamber by the Kano State government.

Kano State Governor Abdullahi Umar Ganduje had earlier appointed a committee headed by Lawan Garo, an elder brother to a serving commissioner in his administration, to run the affairs of the Chamber for a period of six months.

However, some aggrieved members of the chamber’s leadership committee, led by Usman H. Darma, 1st deputy president, had gone to the Federal High Court in Kano to challenge the decision of the governor to appoint a caretaker committee for the chamber. The Garo-led committee appointed by the governor was, therefore, unable to function as a result of the pending litigation.

The source further said though major stakeholders in the chamber are making frantic moves to resolve the raging disagreement, it would be difficult to hold the trade fair this year even if the differences are resolved.

A staff at the secretariat of the Chamber told Business a.m. that efforts were being made by the stakeholders to withdraw the suit filed against the state government by some aggrieved members of the chamber. The staff, who pleaded anonymity, also confirmed that nothing was on ground as regards preparations for the fair that usually takes a period of eight months to organise.

The last edition of the fair, tagged ‘Consolidating the Challenge of Covid -19 Pandemic to Opportunities for Growth and Development of Micro, Small, and Medium Enterprises in Nigeria’, was held from 27 November to 11 December, 2021.