By Adeola Ajakaiye, in Kano
The Kano State government has signed a memorandum of understanding (MoU) with the Nigerian National Petroleum Corporation (NNPC) on gas utilization as part of a move geared towards the actualization of the Ajaokuta-Kaduna-Kano (AKK) gas pipeline project. 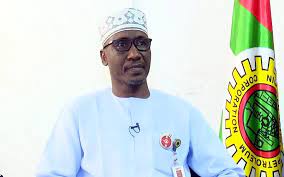 The MoU was sealed in the executive chamber of the Kano Government House with Governor Abdullahi Umar Ganduje, who was represented by his deputy, Nasiru Yusuf Gawuna, signing the document on behalf of the state, while, Mele Kyari, NNPC`s group managing director, signed on behalf of the corporation.
Speaking at a brief ceremony, Governor Ganduje, described the occasion as a major step forward towards revitalization of the economy, particularly the industrial sector, noting that Kano, being the commercial nerve centre of the northern part of the country, placed high priority on the actualization of the gas project.
He stated that his administration has already approved the location of the Kano delivery point of the project at Tamburawa in Dawakin Kudu adjacent to Challawa Water Works, and called interested investors to take advantage of the opportunity which the project offers, and invest in the project, as well as in the economy of the state.
“The project is very important to the state that is why we put in place a special committee that will be working with other stakeholders to fast track the take-off of the project. One of the mandates of the committee is to sensitize other stakeholders about the impact which the project is going to have on the state, known to be one of Nigeria`s frontier markets.
“I wish to assure the management of your company of the continued support and cooperation of my administration, in seeing early realization of the project,” the governor noted.
In his response, Kyari, represented by the Yusuf Usman, NNPC’s chief operating officer, gas and power,  disclosed that President Muhammad Buhari was passionate about the project because of the socio-economic upliftment it is going to have on the living condition of the people of the state.
He said that the gas pipeline would definitely go a long way in the resuscitation of industrial activities, just as it has done in Lagos, Nigeria’s financial and economic capital.
In his remarks, Olalekan Ogunleye, managing director, Gas Aggregation Company of Nigeria, said the signing of the MoU for gas utilization, is expression of confidence that Kano has been designated as a gas hub in Nigeria.
There were other stakeholders at the signing of the MoU including Mu’azu Magaji, chairman, Kano AKK Gas Pipeline Project Committee.