As the rift between Kano State Governor, Abdullahi Ganduje, and Emir Muhammadu Sanusi, deepens, there is fear that the multi-million privately initiated solar power project being facilitated by the emir, might suffer a set-back. 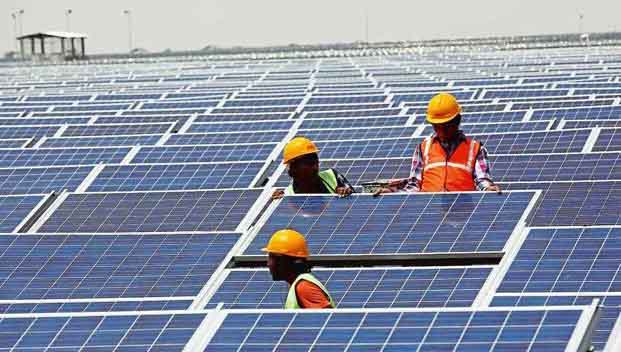 The project which, on completion, is expected to contribute 100megawatts to the state pool of electricity supply, is at conception stage, and is regarded by development experts to be a high value project that will assist in reinvigorating the state`s ailing industrial economy.
The power plant is being jointly financed through a global strategic partnership being driven by The Black Rhino Group, which Emir Sanusi, co-chairs with an American investor, and Dangote Group of Industries.
The new state-of-the-art renewable energy plant will be converting the abundant solar energy available in the state to electricity, to meet the demand for the electricity support in the state, which total demand is put at over 500 megawatts.

A Memorandum of Understanding (MoU) towards the actual development of the project was officially signed by The Black Rhino Group, and the Dangote Industries Limited, and the Kano State Government, at a ceremony presided over by Usman Alhaji, the secretary to the state government (SSG).
The two companies are to jointly invest $150 million in the development of the plant in what the President of the Dangote Group, Aliko Dangote, who was represented at the occasion through Mansur Ahmed, group executive director of Dangote Industries Limited, said was geared at resuscitating dying economic activities in the state.
According to Mansur, if things work-out as planned, the actual development of the physical structure of the plant which is going to be a state-of-art renewable energy plant is expected to start before the end of the year.
“On behalf of Alhaji Aliko Dangote, Group President/Chief Executive of Dangote Group, it is my honour and pleasure to sign this Memorandum of Understanding between our Group and the Government of Kano State for the proposed 100MW Dangote –Black Rhino Solar Power Plant.
“This MoU is yet another milestone in the evolving partnership between the Dangote Group and Government of Kano State in our determined efforts to bring about the much needed improvement in the economy of our great state and the welfare of our people.
“As we all know Kano`s pre-eminent status as a great entrepot and center of commerce in the sub–Saharan region for almost two centuries has sadly declined over the past three decades as a result of sustained contraction of the state`s once vibrant industrial and commercial activities.
“Arresting this decline and restoring the State`s economic vibrancy must therefore be the desire of every citizen of the state. Our Group President, being an eminent son of the soil cannot but share this aspiration,” he noted.
Mansur had then disclosed that the intervention by the company was borne out of the realization of the fact that gross inadequacy in supply of reliable and affordable electricity was one of the critical challenges facing the state`s economy.
“This project which will, on completion add 100MW to the state`s electricity supply, is therefore fully in line with our Group`s strong commitment to contribute to the reinvigoration of the state`s economic potential and over all national development.
“The power plant which will be fully financed jointly by Dangote Industries Limited, and our global strategic partner – The Black Rhino Group, will be a state-of-the -art renewable energy plant,” Mansur added.
Governor Ganduje, recently identified the poor state of electricity supply as the biggest development challenge confronting the state, which is fast losing it competitive industrial advantage.
“Electricity is a big problem – everybody knows, electricity is one of the things that made our industries to collapse. So, that is why we decided in getting three investors in the area of electricity to get us 100MW of solar system,” he said.

Fact checks conducted by business a.m. indicate that a total of 232 manufacturing plants have closed down in the city of Kano between 1994 to date, attributable mainly to electricity outage issues.
Latest data sourced from the Kano branch of the Manufacturers Association of Nigeria (MAN), shows that the closed down plants are among over 338 existing in Sharada/Challawa and Bompai Industrial Estate, the two estates where the bulk of industrial activity is concentrated in the city.
A total of 106 out of the 155 industries were known to have closed down in Sharada/Challawa, while, a total of 126 out of 183 industries folded up in Bompai, within the period.
Development experts see the new investment being initiated by Emir Muhammadu Sanusi, and Africa’s richest man, Aliko Dangote, who is an indigene of the state, as one of the possible solutions to the electricity challenge.