Khalil Halilu a tech entrepreneur has called for the adoption of technology to bring down the cost of election, saying he believes the use of technology can go a long way in improving the electoral process in Nigeria. 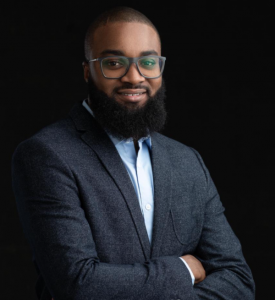 Nigerian elections is considered as one of the most expensive in Africa, and many amounts spent is in the excess of over N100 billion by Independent National Electoral Commission and political parties. However, Halilu, the founder of ShapShap, an on-demand delivery app also believes that with the adoption of technology in the electoral process, the money spent can be effectively redirected to Nigerians’ welfare.

According to him “E-voting will go a long way in improving the electoral process and in turn the democratic system in Nigeria. Ahead of the Nigerian General Elections in 2019, a year after we birthed CWCD Africa we launched the Zabe mobile application as a civic tool that sought to deepen democratic participation. This was a widely accepted tool both within the civil space and the public.”

“Zabe enjoyed amazing success, hitting more than 3,000 downloads, calculated to 2000% user growth. Zabe was so very useful tool during the election recording only a 3% difference from the Independent Electoral Commission’s results. This success recorded during the last general election give is a testament to the power of technology adoption towards making the electoral process better and more acceptable,” he said

On what CWCD stands for he said, “the mandate is to contribute to Health, Education, Transparency and accountability, Environment and Climate Change, Peace and Security, Sustainability, Inclusive Development, Refugees, Migrants and The Displaced in Africa towards the development of Africa”