The Kogi State House of Assembly has extended  the appearance ultimatum it gave to Abubakar Suleiman, managing director of Sterling Bank, to December 8 following his unavailability at the earlier summoning and sequel to the assembly’s plans to issue a warrant of arrest against him. 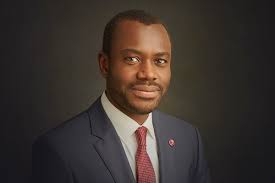 The House of Assembly stated that the extension of the ultimatum was a follow-up to Kogi lawmakers’ plans to issue a warrant of arrest against the bank MD today.

The lawmakers had summoned Suleiman, the Sterling Bank chief, to appear before it in person for clarification on the  N20 billion bailout fund the bank claimed to have sent back to the Central Bank of Nigeria (CBN), after initial claims that the Kogi government deposited it in a fixed deposit account.
But Suleiman, upon the resumption of plenary, sent a letter to the assembly urging for a rescheduling as he, according to the letter, was attending the AFREXIM Trade Fair held in South Africa.

Matthew Kolawole, speaker of the Kogi State House of Assembly, after reading the letter on the floor of the house, said it was not written on the bank’s letterhead, pointing out that the paper did not carry the logo or name of the bank.
Kolawole, however, said that for equity and fairness, the house had agreed that the bank MD be rescheduled to appear on December 8, in person, as no form of representation would be accepted.
Business A.M. learnt that earlier in November, Kogi lawmakers invited the bank chief to clarify the bank position on the bailout fund controversy; while Asiwaju Asiru Idris, the state’s commissioner for finance, alongside Jibril Momoh, the state accountant general, and Yakubu Okala, the auditor general, appeared before the house on November 2, to offer clarification on the alleged N20 billion bailout fund.
On the other hand, Enejo Ibrahim, regional manager, Sterling Bank, and Olukayode Enitan, counsel to the bank, were at the assembly to represent the managing director, during which Enitan stated that the managing director just got the invitation, necessitating a representation by the regional manager.
Although, the bank MD has on three occasions failed to honour the invitation of the house which resulted in a threat to issue a warrant of arrest on him. At the moment, Kogi Speaker has resolved that further failure to appear on the agreed date would compel the house to issue a Warrant of Arrest against Suleiman.
However, the speaker insisted that the representatives would not be allowed to speak, unless they tendered a letter from the managing director authorizing them to represent him.
While the house gave the bank’s chief executive officer till November 16 to appear before it, noting that any attempt to dishonour the invitation would make the house apply every legal means to coerce appearance, the speaker pointed out that the claim that the state government fixed the bailout fund meant for payment of salary arrears for civil servants, in an account with the bank, had brought embarrassment to the government and people of Kogi.
Businessamlive Website Stats