Kosmos Energy, the West African partner of an international oil major, British Petroleum (BP), has concluded plans to list on the London Stock Exchange by the end of September, it has emerged. Along with BP, it is exploring for gas offshore Senegal and Mauritania, and the listing is aimed at attracting more European investors, the company said on Wednesday.

Kosmos, which has been listed in New York since 2011, announced a major gas find in partnership with BP off the coast of Senegal in May, boosting the area’s reputation as one of the world’s hotbeds for gas exploration. 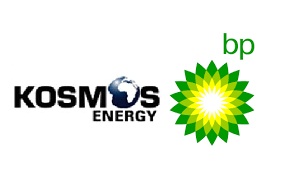 The company also owns parts of licenses to drill for oil offshore Suriname in South America close to where U.S. oil major Exxon Mobil and its partners recently decided to go ahead with a $4.4 billion oilfield mega project.

“There are a number of European investment funds and specialist international oil and gas investors that are currently unable to hold Kosmos’ shares due to their listing outside of a European regulated market,” the company said, explaining the rationale for its London secondary listing.

The process is expected to complete later in the third quarter, it said.

Kosmos estimates its licenses offshore Senegal and Mauritania could hold more than 50 trillion cubic feet of gas resources and it continues to drill further.

“Kosmos offers exposure to an ongoing high-impact, three-well exploration campaign that could more than double its valuation – it is our favourite high-impact explorer,” said analysts at RBC Capital Markets who rate the stock as ‘outperform’.