A listed company on the Nigerian Stock Exchange (NSE), Lafarge Africa Plc, has denied media report that it is currently being investigated by the Security and Exchange Commission (SEC). 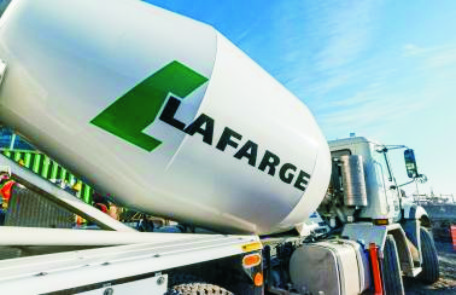 The company in a statement signed by Adewumi Alode, its general counsel and company secretary,  and filed with the NSE on Tuesday formally described the media report as untrue.

The company stressed that it had not received any formal letter from the highest regulatory body of the Nigerian capital market, SEC, indicating that it (Lafarge) is being probed.

The statement read, “Our attention has been drawn to a report in The Nation Newspaper of Monday, 21st October 2019.

“We write to formally notify the Nigerian Stock Exchange, our shareholders and the investing public that Lafarge Africa Plc is not in receipt of any letter from the Securities and Exchange Commission that would warrant the company to believe that an investigation has been launched against it.”

The Nation Newspaper had on Monday, October 21, reported that SEC had launched investigations into activities at Lafarge Africa Plc over allegations of poor corporate governance practices and abuses.

The paper reported that some documents it obtained at the weekend indicated that SEC’s investigation was sequel to a petition written by concerned shareholders of the publicly – quoted company.

According to the Nation, shareholders had raised several allegations of infractions and poor practices by the company, urging the SEC to act.