Aviation Safety Round Table Initiative (ASRTI), has said it whole-heartedly welcomes the decision of the Lagos State government to build an airport in the Lekki axis to cater to the burgeoning population and businesses around the Lekki industrial layout. 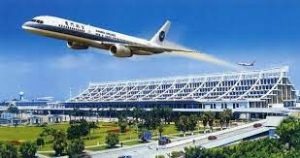 The group noted that despite prior promises and the potentials, including the extensive plans for the development of the area over the years, the project never took off and the Lekki corridor continued to expand, creating congestion, logistic and traffic chaos, impacting the economic and business opportunities in the area.

It, however, said that for the benefits to Lagos, it strongly advocates for a public private partnership (PPP) and the need for the regulator, the Nigerian Civil Aviation Authority (NCAA) and the Federal Ministry of Aviation, to give the necessary support and approvals for this project.

“We are also calling on the relevant agencies and tiers of government, to as a matter of urgency, commence with the repair of the Cenotaphs erected to honour the fallen air passengers at Lisa, Epe and Ejigbo respectively. These sites serve as a memorial of the dark history of our industry and to honour our fallen citizens. Therefore, roads leading to these sites should be fixed for accessibility,” ASRTI said.

The Lagos State government announced that it would begin the construction of a new airport in the Lekki-Epe area of the state.

Ope George, special adviser to the governor on public private partnership, had disclosed this while speaking at a media parley organised by the state government in Alausa.

George added that the state government, led by the governor, Babajide Sanwo-olu, had already obtained all necessary approvals from the federal government and that the new airport would be constructed on 3,500 hectares of land in the Lekki-Epe area.

He also disclosed that the master plan and aeronautical designs were in place adding that studies were ongoing about strategies, funding and other issues, after which the project would be taken to the marketplace.