The Lagos State government has unfolded a new taxi scheme with 1,000 brand-new GAC-branded cars for an initiative codenamed ‘Lag Ride’, a partnership between Lagos state-owned IBILE Holding Limited and CIG Motors Company Limited, with the objective to provide clean and reliable means of taxis movement across the metropolis at affordable cost, using brand-new vehicles.

Gboyega Akosile, chief press secretary to Governor Babajide Sanwo-Olu of Lagos State, said in a statement that the ride-hailing taxi initiative, which is being operated on a lease-to-own basis, is a component of the state government’s multimodal transportation blueprint being executed under the Traffic Management and Transportation pillar of the THEMES agenda of the Sanwo-Olu administration.

Under the scheme, operators are required to make about N1.9 million in down payment, of which the sum covers the 20 percent equity of cost of vehicle, registration and insurance. 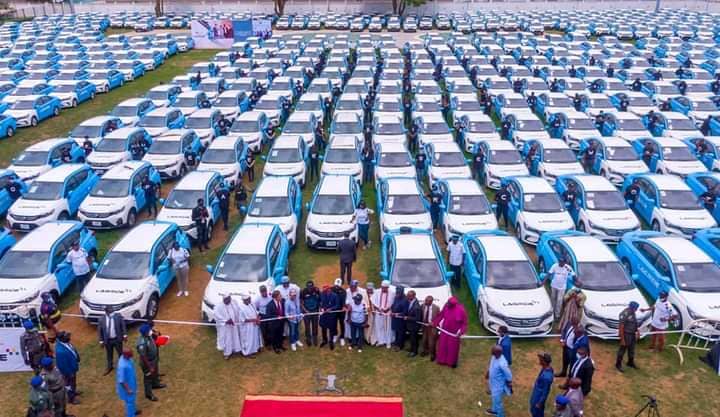 Each car being used in the scheme comes with technology-enabled security features that monitor every journey undertaken.

Sanwo-Olu noted the state had moved another step forward in its drive to develop an efficient transportation model in tune with modernity and comfort.

The Governor said the aim was not to run existing hailing ride operators out of business, but to offer safer alternatives and clear the roads of rickety cars, adding that the scheme will provide opportunities to operators to become owners within three to four years.

“The need to provide better, dignifying and more rewarding means of transportation and livelihood for unemployed and underemployed population gave birth to the new ‘Lagos State Taxi Scheme’, which will be operated on a lease-to-own basis,” the governor stated.