The House of Representatives says its resolve to probe alleged $195.5 million security contract awarded to an Israeli firm, HLSI Security Systems and Technologies to secure Nigeria’s waters by the Nigerian Maritime Administration and Safety Agency (NIMASA) was borne out of concerns that the country’s maritime domain cannot be left in the hands of foreigners. 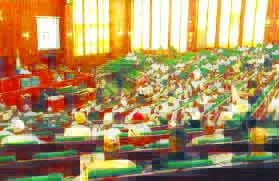 Sequel to a unanimous adoption of a motion by Benjamin Kalu (APC-Abia) at the plenary, last Thursday the house had resolved to probe the contract awarded to the Isreali firm since 2017, but without anything to show about the contract’s execution till today.

Moving the motion earlier, Kalu said there was an urgent need to investigate the contract because the money used in paying the Israeli security company was borrowed and would be due for repayment by June 2020.

He alleged that out of the $195 million, NIMASA sourced $30.4 million without consulting the National Assembly for approval.

Citing relevant sections of the constitution about powers of NASS, the lawmaker said that due process was not followed, hence the need to probe the matter further.

Kalu recalled that the eighth Assembly had carried out a similar probe on the alleged contract scam in 2018.

In his ruling, Ahmed Wase deputy speaker of the house, mandated the committees on Marine and Institutions and Public Procurement to investigate and report back within four weeks for further legislative actions.

Izuwah disclosed this during presentation at a Joint Public PPP Consultative Forum and Nigeria PPP Network in Abuja recently.

He said the projects were under the regulatory guidelines of ICRC. He stated that as at October, there were 139 pre-contract projects at development and procurement phases at the commission.

According to him, in June 2019, there are 69 post-contract PPP projects under implementation at the ICRC’s project disclosure portal. The director-general said the commission had accomplished a lot of projects under PPP.