The Lagos Chamber of Commerce and Industry (LCCI) on Wednesday expressed its mixed feelings about the N10.33 trillion budget proposed by the executive for the 2020 fiscal year. 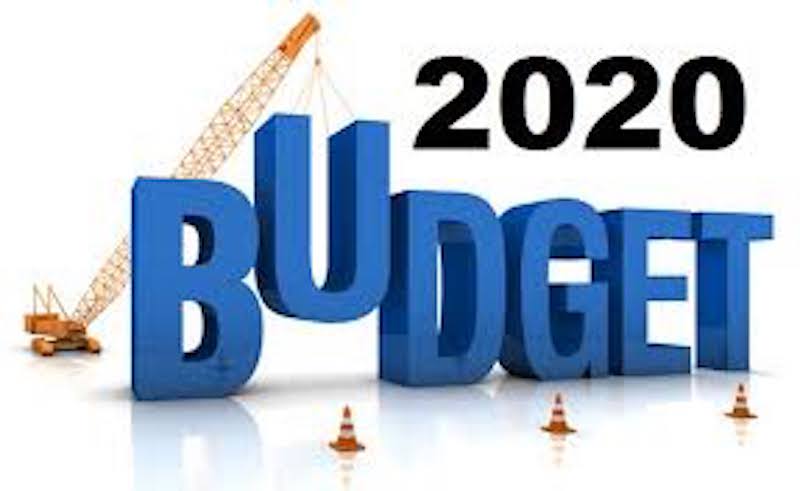 In a statement by Muda Yusuf, the chamber’s director general,  the organized private sector (OPS) group, lauded the executive arm of government and the National Assembly  for demonstrating unequivocal commitment to the return to the January – December cycle for the federal government budgets, saying the fiscal step is good for planning by key players in the economy.

Noting that January-December budget cycle would also reduce the uncertainty that has characterized the late presentation and passage of the budget in recent years, the LCCI boss stated that while the key assumptions underpinning the budget were realistic.

He, however, expressed the group’s concern about the exchange rate assumption of N305 to the dollar.

According to  him, exchange rate assumption is difficult to justify, especially at a time when declining revenue has become a major issue both for the government and the citizens.

He expatiated: “The 2020 budget numbers underscore the need to be more innovative in boosting revenue, reducing leakages and ensuring that revenue generating agencies of government remit what is due to government.  We need to do things differently if we must get a different result.

“In view of the critical revenue situation reflected in the budget numbers and previous revenue performance, no effort should be spared to attract private capital for investment in key infrastructures that may considered bankable.  This would reduce the financing gaps that currently exists.

“The private sector looks forward to the details of the finance bill proposed by the government in order to ensure appropriate engagement with the legislature before it passage into law.  We believe that there should be a window of opportunity for stakeholders to make their inputs into the into the budget consideration process.

“We note that the total budget size is N10.3trillion.  The recurrent component is N4.88 trillion, debt service is N2.45 trillion.  Together, these two budget items amount to 7.33 trillion, which is 90% total revenue estimates.  And from the track record of revenue performance, the percentage may be much higher when related to the actual numbers.  All of these indicate that the hope for an impactful investment in infrastructure is dim and would remain so for some time to come”, Yusuf added.

Pointing out the critical role of strong infrastructure base underlines the imperative of appropriate policy choices to attract domestic and foreign private sector capital for infrastructure financing,   the OPS leader stated that this required that government needs to look beyond tax credit in its quest for more complimentary funding sources for infrastructure.

He advised that Nigeria should be looking more in the direction of equity financing, adding that for this to happen, the policy and regulatory environment must be right.

While commending the Executive on its plan to present an Executive Petroleum Industry Bill which would hopefully address the key reform expectations in the oil and gas sector, the industrial expert noted that the sector had not been able to attract desired level investment because of grave policy limitations and the associated uncertainty in the sector.

To achieve the goal of the legislative initiative, he stated that it was important to make the crafting of the new bill an inclusive process, taking into account the perspectives of key stakeholders.

Yusuf stated the group’s endorsement of the decision of government to put in place a framework for government owned enterprises to contribute better to revenue, noting that  the introduction of benchmarks within a cost to revenue ratio framework is a move in the right direction as  the government-owned enterprises can do better in their remittance of surplus to the federation account.

On the proposed N2.46 trillion proposed in the Appropriation Bill for debt servicing, the OPS group decried the huge sum based on the fact that both debt service commitment and recurrent spending were beginning to crowd out capital expenditure.

According to the LCCI boss, the increasing provisions for debt servicing and recurrent expenditure scenario are not in alignment with the aspiration to build infrastructure and a competitive economy.

The group’s Director General also welcomed the indication given by the president to ensure the creation of a single window to strengthen trade facilitation process in the country, especially that the provision of the single window has been curiously elusive over the years.

Yusuf expressed the hope that this time, the necessary political will would be mustered to ensure that the single window project becomes a reality.

He also described the absence of scanners at the nation’s ports and border posts as unfitting that with Nigeria’s stature as the biggest economy on the African continent, the country has grossly failed in the use of technology to facilitate her international trade processes.

Yusuf stated further that the LCCI was looking forward to the details of the Finance Bill referenced by the President in the budget presentation to the National Assembly as it is important to ensure appropriate engagement with stakeholders to make their inputs before the passage of the bill into law.