The House of Representatives committee on gas resources said it is quite satisfied with provisions of the newly passed Petroleum Industry Bill (PIB) 2020, particularly as it relates to gas resources development.

Nicholas Mutu, the committee chairman who led other members on a visit to state-owned oil company, Nigerian National Petroleum Corporation (NNPC) headquarters, lauded the PIB’s section 52, which provides for the establishment of a ‘midstream gas infrastructure fund. 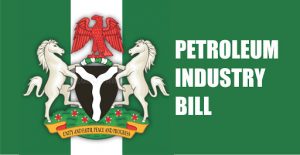 The section proposes that the midstream gas infrastructure fund (MGIF) should be funded through not more than one percent of the levy prescribed in a regulation under the PIB Act, derived from wholesale price of petroleum products sold in Nigeria and natural gas produced and sold, which shall be collected on wholesale basis.

Industry watchers opine that Nigeria’s gas utilization is extremely low although the country has large gas deposits. According to the National Petroleum Investment Management Services (NAPIMS), a subsidiary of the NNPC, the current reserved estimate of Nigerian gas is over 120 trillion cubic feet (tcf), with about 50/50 distribution ratio between associated gas (AG) and non-associated gas (NAG).

Only a small fraction of this quantity is currently being utilized. A large fraction, about 63 percent, of the AG produced during the production of crude oil is currently being flared. Even then, this is a considerable improvement of between 7 percent – 17 percent from what it used to be three years ago, when it flared between 70 percent to 80 percent, said NAPIMS on its website.

Friday Udoh, a gas value-chain expert and a chartered economist told Business A.M. that the Nigerian government must pursue a number of natural gas utilization projects with its joint venture (JV) partners where associated gas would be harnessed to achieve improved revenue base for the country, and reduce the huge wastage of the valuable resource as well as degradation of the environment through flaring.

The House committee on gas resources said it acknowledges the efforts of the NNPC management in developing the gas sector, and commends the management on the existing gas projects. The Ajaokuta-Kaduna-Kano (AKK) gas pipeline that was recently launched by President Muhammadu Buhari, it said, is an exhibition of commitment by the NNPC.

The committee chairman, Mutu commended the Mele Kyari-led NNPC management team for its achievements in the gas infrastructure development, gas supply obligations for the domestic market and the NLNG Train 7 project.

A statement by Kennie Obateru, the group general manager, group public affairs division of the NNPC, said committee chairman Mutu, spoke during an oversight visit to the NNPC Towers, Abuja, adding that the committee was pleased with on-going drive by the corporation to promote the use of gas as a cheaper and cleaner form of energy.

“Gas resources have come to take the pride of place in our national development agenda, and given the quantum of proven gas reserves in the country, we can rightly declare that Nigeria is more of a gas country,” Mutu stated.

Kyari, NNPC’s group managing director, represented by the chief operating officer, gas & power, Yusuf Usman, said NNPC will continue to engage and seek further support for approvals of budgets appropriated for critical gas infrastructure projects, as well as the speedy passage of the PIB 2020 currently before the National Assembly. He said NNPC was committed to the provision of alternative fuels for Nigerians through the deployment of LPG and CNG skids at filling stations for automobiles.