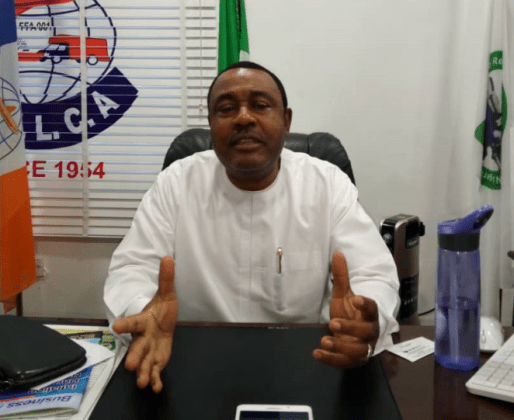 The Nigerian government has been urged to liberalise the railway system to allow private investors in the critical transport system.

In the paper subtitled, “How best to harvest post-Covid-19 benefits from the ports,” Tony Iju Nwabunike, national president of ANLCA, charged the federal government to work to restore the country’s lost glory in cocoa, palm oil and rubber exportations.

He said, “Whereas the railway is government owned, there is the need to allow private investment in ownership of coaches to move cargoes from dry ports to the seaports and vice versa. This mode of transport if encouraged and open for the private sector, will bring about cheaper and safer mode of cargo movement within the country.

“Nigeria as a matter of urgency must develop non oil exports to keep jobs up. Much more needed to be done in the agricultural sector. As a country, we took an unfortunate back stage position in export of commodities like cocoa, palm oil, and many other agricultural products. This must resume. The value chain from the farms through logistics to the ports for outward shipping will employ more persons.

“We as a country, should identify products for which we have comparative advantage. Nigerian made electric cables have been noted for being of higher quality than most imported ones. Government should be the number one buyer of quality made in Nigeria products while encouraging citizens to do same without promoting monopoly and profiteering.”

The ANLCA boss who is managing director, Mac Tonnel Nigeria Ltd, a company with interests in shipping, ports and offshore support services, said the Nigerian government would need to further cut down importations.

“Urgent steps must be taken to refine crude oil locally and stop the importation of refined petroleum products. A good amount of what should have been earnings for the country from the sales of crude oil has gone into payment for subsidies on imported products.

“It doesn’t make logical and economic sense for Nigeria to be buying what she has from outside simply because she failed to process her crude, could not fix her refineries and suffering shifted deadlines in commencement of operations of expected private refineries,” he stated.

He continued, “That we have cotton but still depend on other countries to produce our clothing needs is a result of fall in the local textile industry. The industry is dying partly due to lack of power as it was discovered that it is cheaper to manufacture textiles outside Nigeria than doing it in the country.

“Our textile industry alone can produce jobs running into millions for a 200m population and exporting to other countries.Rice self sufficiency is still a struggle even after its removal from forex and ban from importation through land borders.”

Nwabunike called on the government to take immediate and concrete steps to end wastage of public resources by agencies in the maritime sector and other sectors.

“A lot of government funds have gone into wasteful and unnecessary spending on foreign trips, bogus seminars and conferences in costly hotels and many other avoidable expenses. Cutting off such expenses will not only save cost for government but will help to get attention to relevant areas.

“Agencies of government in the maritime sector are culpable in this regard with most of the conferences being mere talk shops, getting monotonous and repeating the same things over and over again without taking concrete actions to quickly improve the sector,” he concluded.