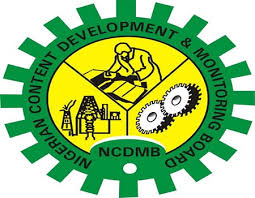 he Nigerian Content Intervention Fund (NCIF) created in a bid to increase local content is responsible for the 38 percent increase in indigenous vessels ownership since its launch in 2017, Simbi Wabote, executive secretary of National Content Development Monitoring Board (NCDMB) has said.

He said that “prior to the enactment of the Nigerian oil and gas industry content development Act in 2010, vessel ownership was less than five percent.”

The fund was created to provide loans to indigenous companies who are unable to acquire assets on their own, companies ranging from exploration and production companies to oil service providers and contractors.

It has also grown to $650 million from $200 million as a result of the one percent deductions on all contracts awarded in the upstream sector of the industry, where about 157 operators currently contribute to it, Obinna Ofili, general manager of Nigerian Content Development Fund (NCDF) had earlier revealed.

The fund is being disbursed by the Bank of Industry (BoI) at five to eight percent interest rates, and was created to correct critical issues the Nigerian Content Development Fund (NCDF) ,which it was sourced from, had.

The main issue affecting it was lack of access to the funding, which had resulted in persistent funding challenges that hindered the growth and capacity of the indigenous players in the industry.

The NCIF has made headway on this issue as it has some recorded achievements. An example is BGAM Services Limited, a beneficiary of the fund, who acquired a vessel financed through the fund.

Another firm that has benefitted from the fund is NigerStar 7, who last month inaugurated a newly acquired $10 million vessel investment.