London Gatwick Airport has formally submitted a notice to the UK Planning Inspectorate, which would enable one of Britain’s most important airports to use its existing second runway. 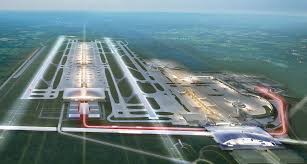 According to Airports International, the application will enable planners at Gatwick to prepare an application for development consent, paving the way for the Northern Runway to become operational. A ‘Scoping Request’ will follow next month, in which Gatwick will outline its proposed approach to using its second runway, along with any key issues that need to be addressed during the process.

Speculation has been rife regarding the Northern Runway at Gatwick for some time, with many observers and experts believing that the airport would submit an application related to the runway at some point. Gatwick had also announced in July that it was preparing a planning application for the Northern Runway, heightening expectation in the process.

The second runway at Gatwick will be used for smaller aircraft departing the airport and would be expected to enter operation at some point around 2025. Although Gatwick is nowhere near as busy as the UK’s largest airport, Heathrow, it is comfortably the second most prolific airport in Britain, still attracting significantly more business than Manchester Airport.

Commenting on the proposal, Tim Norwood, Gatwick’s chief planning officer told Airports International that the planning application was an important step for the airport.

“As the biggest private investment in our region for many years, the start of the process to use our existing Northern Runway is a significant milestone. This project has the capacity to offer significant local economic benefits, new jobs and an exciting future for the region,” Norwood asserted.

Norwood also noted that Gatwick is fully committed to working closely with local communities and stakeholders, as plans for the second runway at the airport become clearer. With this in mind, a more detailed stage of public consultation is likely to take place at some point next year.

Nonetheless, the road to achieving a fully operational second runway at Gatwick may be far from straightforward. The airport must provide extensive environmental data and reassure the UK government that the Northern Runway will not have a detrimental impact. Yet, the scheme could well face significant opposition, much as the mooted third runway at rival Heathrow has been the subject of substantial criticism.

Earlier this month, Gatwick announced that the airport will be extending its portfolio of routes, with Air China set to launch a new service to the airport, originating in Shanghai. This China-UK route will go operational in November, and there are plans for the new service to operate four times per week.