Warning: Declaration of SlideshowErrorHandler::log_error($num, $str, $file, $line, $context = NULL) should be compatible with GalleryPlugin::log_error($error = NULL) in /home/elglo/public_html/businessamlive.com/wp-content/plugins/slideshow-gallery/includes/errorhandler.php on line 0
 Domestic Equities:  Analysts expect more bearish sessions after halt to bullish trend  – Businessamlive
More bearish sessions are expected on the local equities market this week after a total of N266 billion was lost last week by investors while trading on the Nigerian Exchange (NGX). 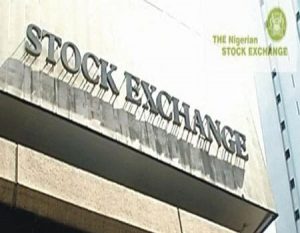 According to market analysts at Afrinvest Securities Limited, “We expect to see some bargain hunting in early trades as investors seek to take a position in bellwethers that have fallen to attractive entry prices. However, we believe the negative performance will be sustained in the absence of a positive catalyst.”

The local equities market had closed last week lower after two consecutive weeks of gains with the bullish run halted as sell-offs in market bellwethers dragged performance of the benchmark index resulting in a 1.3 percent ease from the previous week to settle at 38,648.91 points. Consequently, the market year to date loss further worsened to -4.0 percent while market capitalisation declined to N20.1 trillion.
The bearish performance was largely due to losses in Airtel Africa (-10.0%), Stanbic IBTC (-4.9%), and GTBank (-1.2%).
Away from the bearish close for the week, the level of trading activity strengthened as the average volume and value traded for the week rose 15.9 percent and 1.2 percent respectively from the previous week to 220.6 million units and N2.5 billion. The top traded stocks by volume were Zenith Bank (96.9 million units), Sterling Bank (86.9 million), and Access Bank (82.7 million); while Zenith Bank (N2.3 billion), GTBank (N954.6 million) and Seplat Petroleum (N809.5 million) were the top traded stocks by value last week.
Across the sectoral fronts, the performance was bullish as 4 of 6 indices closed in the green. The banking index advanced the most, advancing 1.1 percent from the previous week following price appreciation in Access Bank (+4.3%) and Zenith Bank (+2.8%). The oil & gas index followed, rising 1.0 percent from the previous week on the back of gains in Seplat Petroleum (+1.4%) and Oando Plc (+0.7%) while the insurance index climbed 0.8 percent from the previous week due to rallies in Lasaco Assurance (+10.3%), NEM Insurance (+3.9%) and Wapic Insurance (+3.6%). In the same vein, the consumer goods index rose 0.2 percent from the previous week as investors took a position in Champion Breweries (+10.0%) and Honeywell Flour (+6.1%). Conversely, losses in Airtel Africa (-10.0%), Chams plc (-4.8%), and Wapic Insurance(-0.9%) dragged the technology and industrial goods indices lower by 4.1 per cent and 0.1 per cent week on week.
Despite the lack of positive catalyst to drive bullish trading, investor sentiment improved to 1.7x (against 1.2x recorded last week) as 38 stocks advanced against 22 that declined. The best-performing stocks were Berger Plc (+14.9%), Lasaco Assurance (+10.3%) and Champion Breweries (+10.0%), while UACN Property Development Company (-11.0%), Airtel Africa (-10.0%) and Abbey Builders (-9.5%) were the worst performers.
Elsewhere, the NGX 30 Index increased by 0.29 percent to close at 1,599.22 points as against 1,594.62 points the previous week. Market turnover closed the week with a traded volume of 100.73 million units.

These are our goals in the next five years-CBN

Inflation rate drops to 11.37 per cent in January, says NBS