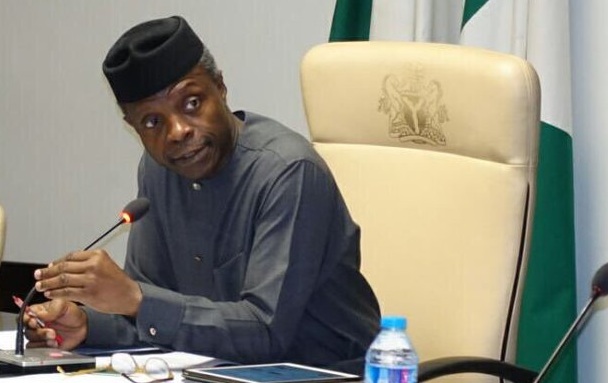 The Presidency has promised to vigorously implement the new executive orders in its determination to significantly transform the business environment in the country.

The spokesman to the Acting President, Yemi Osinbajo, Laolu Akande, made this known in a statement he issued on Sunday to give update on the new orders signed last Thursday.

He said as part of measures to drive the reforms intended in the executive orders, Osinbajo would hold an interactive forum in Abuja on Wednesday.

He said that Osinbajo  would be discussing in particular, the executive orders on business environment and promoting “Made-in-Nigeria” products with a cross-section of middle level and senior public and civil servants.

“These are the people who will be directly responsible for the attainment of the objectives of the executive orders.

“So the acting president wants an opportunity to talk with them directly and hear from them in person.”

Akande noted that the interactive forum would be open for live coverage and live streaming.

According to him, ensuring the effective implementation of the orders is critical for the overall prosperity of Nigerians and Nigeria.

He said that as part of activities commemorating the second year of the Muhammadu Buhari administration, a presidential level report card event on the Social Investment Programmes  (SIPs) of the Buhari presidency would be held at Aso Rock on May 29.

“At this national event, we shall be updating Nigerians on the progress so far attained, how we are addressing some challenges and how Buhari’s Social Investment Programmes would be significantly expanded going forward,” Akande said.

The SIPs are the N-Power, which engaged 200,000 unemployed Nigerians graduates for a volunteer job programme and the Conditional Cash Transfer being implemented now in nine states.

Others are the General Economic and Empowerment Programme (GEEP), a micro credit scheme that has given out almost 60,000 loans already, and the National Homegrown School Feeding Programme.

In the feeding programme, 25 million meals have been served and over one million primary school pupils in at least seven states are being fed using over 11,000 caterers.

On the progress of the report of the Presidential Investigative Panel, Akande urged for patience.

He explained that at the appropriate time the outcome of the panel would be made public “and Nigerians will be satisfied”.