After four years of inactive mining activity of bauxite ore in Malaysia, the government has announced that it will start issuing mining license to prospective miners in the country to ramp up the 3.5 million metric tonnes per annum of bauxite ore lying low in the country’s mining industry. 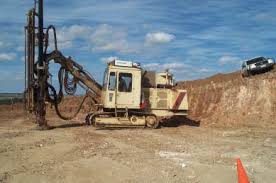 Xavier Jayakumar, the county’s water, land and natural resources minister made the announcement on Tuesday at parliament.

The announcement came after months of deliberations and redrafting the new Standard Operating Procedure (SOP) by the federal, state government and major stakeholders of bauxite in the country.

Jayakumar added that the mining license which would be issued by late January will be accompanied by a six-month close mining monitoring operations on the miners to make sure that they abide by the country’s mining regulations and standards.

He also added that the government is kicking off by establishing three local mining companies in the country to start with the production of bauxite ore.

He said, “We want to make sure the Standard Operating Procedure (SOP) is adhered to and if there are any loopholes, we strengthen those areas.”

With this new development, according to the minister, it will increase export activities at port Kuantan.

Malaysia was formerly the world’s major producer of bauxite but in 2015, local residents in mining sites took to the streets to demonstrate of the danger they were facing due to unhealthy mining activities being carried out by illegal miners which they claimed poses a great danger to their health.

Before the ban in 2015, miners in the tenth-ranked world producer of bauxite were sending mined bauxite ore to refiners in China which gulped to about 3.5 million metric tonnes of bauxite ore per annum but with the new policy which is to be enacted, the bauxite ore could fetch the country’s economy about $1 billion annually if properly harnessed.

According to industry’s data, Australia is at the top of the 300 million metric tonnes of bauxite ore production in 2018 with a global mining market value at $20.6 million, and as Malaysia steps into the scene after four years of inactivity, it presents a glimpse of hope in the global bauxite ore mining industry.

In 2015, Malaysia accounted for about 21,200 metric tonnes of bauxite ore mined and since then mining has been on the decline.