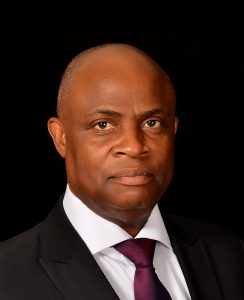 AN ORGANISM IS AN ENTITY in which the components, organs or units work together in unison, to achieve the determined objective or wish of the organism. Thus the various organs of our body, work together to deliver motion, thoughts, and the various life activities we carry out, to keep us alive. When all fail, the organism dies and becomes inorganic.

The tool of the occupying colonial master is to divide and rule. Dividing an organism makes it inorganic, because
the component parts no longer relate or communicate with each other, but communicate through the grand puppeteer or master, making it easier to reach outcomes in his (master’s) benefit.

The reversal of this position is the raison d’etre of the many independence struggles: mastery of our destiny. Many decades later, the new home governments across Africa are still at odds, both in leadership and citizenship blocks, with creating organic entities, from their bad inorganic bequeathals.

Opinion is divided as to why this is the case, ranging from the lack of constructional thought, to being blinded by the many bubbles of illusion, created by creed, tribe, and tongue. The African winds of change, predicted by former
UK Prime Minister, Harold Macmillan, during his speech in South Africa at the end of his tour of the continent, have been loading and fizzling out, ever since. (Speech date: 3rd of February 1960).

The most candid expression of our inorganic state was the admission by Military President Ibrahim Babangida of his administration’s lack of understanding, of how the Nigerian economy works. That still holds true today, for many African states, though many of the leaders either don’t get it, or remain in denial.

Against that background, it is laughable to talk about running digital economies. Digitization only makes communication between the component organs faster and reduces the execution carrying cost with efficiency gains. Digitization cannot happen in an inorganic state.

Business machines, on their own, do not constitute digitization. Without a digital approach, many African countries
cannot be competitive, in the ever changing global economic order. They are not competitive, more because of lapses in governance, rather than global conspiracies.

Fair trading will not be established in the commodity syndicate rooms, of Brussels, London, New York, or Chicago, without fair exchanges at the farm gates of Africa. Africa’s primary markets

The ratios of asset allocation, in the annual budget rituals, are not guided by the need to raise critical production capacities, but by the loud arguments of the emerging new power blocks, the bureaucracy, the military, the political leadership (if there is one) and the vociferous urban elite, who are often apologists of the prevailing order.

The peasant farming economies that contribute 80% of the gross domestic product and supply all the food staples do not get a look in. Their activities remain retail in execution, and lack any built-in merchant perspectives.

After many decades of this trend, the rural farm hands have migrated to the unplanned urban centres, into large slums of deprivation. This new class of needy people, now occasionally get palliatives, described as poverty alleviation, through small cash transfer payments.

This is not the way a social safety-net works; as ‘the at-risk sets’ are too large to carry. Confused and confounded about the mess created, over long periods of unimaginative leadership, many African leaders no longer
think of investing any of their commonwealth in production assets, but divide the seed corn (commonwealth) instead, using various regional formulae. They then take their loots out, to fund European lifestyles.

When a break comes, by way of mineral exports in global demand, the new home leadership, ensures an opaqueness that shuts out all else. This new class of post political independence leaders are an idle minority, lording it over the large production ase, while continuing to distort the sub-optimal production arrangements, for their self-serving agenda.

With failing governments and nascent developing private sectors, it is becoming increasingly difficult, to find true development partners in Africa. The only outcome from such an arrangement is growing economic dependence, and an uncertain future. The yawning gaps cannot be filled with international aid, either of the East or West.

And so it is, that with every change of leadership guards, what is important to the new grouping, is the euphoria of “we are now in charge”. Leadership changes that have taken place, from the colonial master, to the first home governments, then the military adventurists, and now the various gambling citizenship blocks, in that order, have taken their turns in the plunder, that has become Africa’s reality.

The left-leaning, go in with the victory march of Fidel Castro. And the other hues, saunter in with different swaggers, but all lacking in purpose and vision. Many, however, are not driven by any ideologies, and swing both ways with ease, to achieve their self-seeking objectives.

In this maelstrom of activities, the linkages are further weakened by leaders seeking to satisfy group interests (bubbles), making the state even more inorganic. But by far the biggest undermining of foreign investor partnership trust was the haphazard indigenization programme.

A matter which could have been correctly adjusted with deregulation and appropriate competition laws was executed, without appropriate planning, by military decree. That singular action opened the floodgates of perhaps the biggest serious fraud activities, anywhere in the world. While the indigenes are busy bubbling over little pennies, big corporations exploited and continue to exploit the inorganic state, executing phony schemes that take out, over 30% of foreign exchange earnings annually.

I shared this perspective with the initial set-up team, in Alagbon Close Ikoyi, when the EFCC (Economic and Financial Crimes Commission) was being put together, and suggested it should become a SERIOUS FRAUD OFFICE, dealing with complex economic crimes, rather than petty fraud. Most multinational staff, consider posting to Nigeria, a juicy posting.

Cervantes could never have thought that his wild imagination in writing the first modern fictional novel, Don Quixote, would find expression in reality, with many errant knights appearing in Africa, with promises to provide succour and defend the defenceless, chasing after phantom windmills, with squires (Sancho Panza/praise singers) in tow, doing their every bidding. The fictional knight from La Mancha, promised territories to his squire Sancho, which he never got, but many of the squires (praise singers) on the continent of Africa, now have territories to boast of, as sovereigns or subsovereigns.