JUDE O.C. ELUMA, a lawyer and doctorate degree holder in chemical engineering, is the chairman of Manufacturers Association of Nigeria, Imo/Abia Branch. He is the managing director and chief executive officer of ELCHEM Limited, a process and manufacturing company, situated at Mgbidi, Imo State. He spoke to business a.m.’s DIKACHI FRANKLIN on the harsh business environment facing manufacturers in Imo and Abia States, what he has done since his inauguration as chairman of the branch and what he intends to do. He also spoke on the ease of doing business in the country, among other issues.

Being the Chairman of MAN, Imo/Abia branch can you tell us how your members’ businesses have fared under the economy, judging from the reports you received? 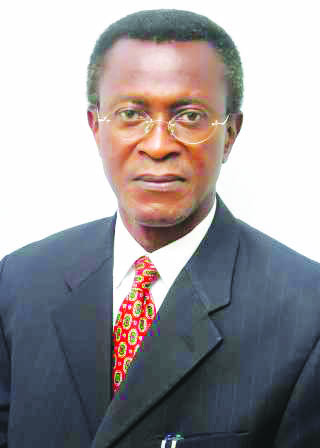 I have spent the past months visiting factories in Abia and Imo, I have also visited the Industrial Layout in Owerri to have first hand information and feelings of industrialist and members of the Manufacturers Association of Nigeria in Imo and Abia. The economic situation generally is bad, manufacturers are not finding it very easy. There have been challenges here and there. Challenges that have persisted before and challenges that have come this time around as a result of various government policies and insecurity in the Land.

In general, manufacturers and industrialists are having it very, very hectic to the extent that some of them rarely operate, those who operate are operating far below their installed capacity.

You have visited the industrial layout which contains over 260 industrial plots, that place looks like a ghost area, what do you intend to do there?

I have made a position paper to the governor and we have visited the governor as a group. I led all the industrialists in the layout. Our position paper, we need the master plan of that industrial layout to be restored; we also asked the governor to come and reconstruct or repair the roads now, pending when the government is ready to reconstruct  the roads. The amenities and infrastructure there are in decay, we also requested for a piece of land in the industrial layout for manufacturers to come together to synergise, encourage investors that will be coming into Imo State.

And the governor right there and then promised to visit the layout and he did visit the layout. I was there, we took him round, complained about the burrow pit which very many people  come in to excavate sand and subject that place to serious environmental hazards. They use the roads so rough that nobody cares and the governor before me, instructed the Imo State Commissioner of Police to stop forth-with those who are going there to excavate sand and we are so glad about it.

Implementation is what we are next expecting, so generally we have sensitized manufacturers and given them hope of further things to come as promised by the governor.

Apart from this could you tell us exactly what you intend to do in your area of jurisdiction, the Imo/Abia branch?

Specifically, I intend to make manufacturers proud and put them ahead and make them feel that they are the real employers of labour in Imo and Abia States. And during our last visit to the governor, I requested and which I have put into action, to ask the governor to make sure that members or a member of MAN is represented in the governing council of all the tertiary institutions in the state.

Because members of MAN have the technological know-how, they employ industrial trainees from these colleges and they impact knowledge and impact practical skills to them. And, therefore, in line with what the federal government is doing to MAN, and through the National Board for Technical Education (NBTE), MAN is represented in various agencies of government at the federal level, so I do not know why Imo State and Abia State should be left behind.

We also requested MAN’s representation in ports and parastatals of government of Imo and Abia States, particularly that which has to do with science and technology and manufacturing. They cannot actually do much without involvement of members of MAN who are really on ground in their various industries to impact knowledge to these people. I have that in mind and we are already doing it.

We are preparing a letter to the speaker of the House of Assembly to put it into their legislation, making it possible for the government to involve members or at least a member of MAN in various MDA’s of government of Imo and Abia States.

How do you intend to boost the membership in Imo/Abia branch of MAN?

Yes, as I have said, over the past two months we have been visiting factories and industries in Abia, particularly Aba. I have visited 90 percent of the factories in Aba, I have also identified the ailing ones.

We will also help them in advocacy, especially in sourcing for loans – Bank of Industry, SME oriented lending organisations, etc. and they assured me that they will come on board.

How much is the Ease of Doing Business in Imo/Abia branch, of which you are the chairman, doing?

The federal government has been trying its best honestly to promote Ease of Doing Business but it has not been easy; the problems are still there. You can see power fluctuation or no power at all. Some factories don’t  even rely on the municipal power supply, some run on generators, spending their scarce resources on diesel. The roads have been too bad, there have been taxations and multiple taxations; there have been extortions by agencies of government, police, VIOs, FRSC, so the Ease of Doing Business is still far below what manufacturers expect.

I am sure that you know that by July this year, the African Continental Free Trade Area agreement will come into full implementation. So about 54 countries have signed on it and there will be common industrial and manufacturing village in Africa. The question is, is Nigeria ready with all these barrages of challenges facing manufacturers, who will now be confronted with external products from member countries? So it is still a far cry, we urge the government to fix these infrastructure, otherwise manufacturers will face more challenges .

Closing the border has with it, attendant benefits, also attendant disadvantages. One, on health ground, some products that come into the country before, were unchecked; especially vegetable oil that does not meet our health standard are now been checked. It has also exposed our agricultural value chain, there were quite a lot of products that were brought in through the border, especially gizzard, turkey, frozen chicken that were not fit for human consumption.

Now that the border has been closed most of these cannot be found. It means that our agric and agricultural value chain investors have a lot to do, that they cannot even feed our population, if not for these other products that come through the borders.

Closing the border also has encouraged local consumption, you can see the benefits. But then with this AFCFTA coming into place and closing the borders, it is a diametric opposite intention of that agreement. So I hope that before July, when the implementation takes place, that the borders will be opened.

After initial bluff, Nigeria off with largest delegation to AfCFTA Intra-African trade fair in Egypt