Maritime workers have raised the alarm over incessant incidences of pilferage and outright cargo theft at the seaports in Lagos.

The Maritime Workers Union of Nigeria (MWUN), in a statement called for improved security to stop “rising pilfering and broaching of containers at the seaports.” 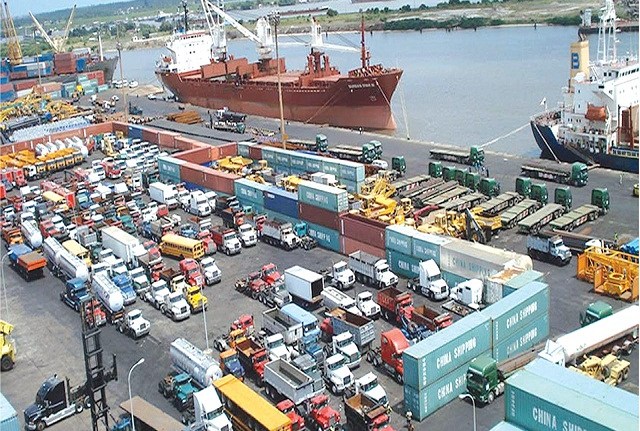 While maintaining that the theft at the seaports are not being perpetrated by his members,  Adewale Adeyanju, president-general of MWUN, again, called for issuance of bio-metric identity card (BID), which he insisted would help control illegal access to the ports.

He said, “Recently, the social media was awash with reports of stealing and broaching of cargoes in our seaports by some miscreants. We (the union) in all ramification are against this evil act and as such call on the security agencies operating in the ports, especially the Nigerian Ports Police and security personnel of terminal operators to put in place tight security measures to tackle this menace which is capable of damaging the image of Nigeria in the comity of nations. We also advise that whoever is caught in this criminal act should not be spared but be visited with the full weight of the law no matter how highly placed.”

In August, there was a trending video of some dockworkers removing tyres of imported vehicles at an unidentified seaport. The Nigerian Ports Authority had debunked insinuations that the incident occured at the Lagos port, saying it was not at any Nigerian port.

Also reacting to the MWUN statement, Jatto Adams, general manager, Corporate and Strategic Communications, NPA, insisted that there were no were no official reports of pilferage made to the authority.

He said, “I have taken time to go through the press release from the union president and I think he was making reference to a video which went viral on social media sometimes in July. The story was debunked as it didn’t happen in any of our ports. The issues of pilfering in the ports were jointly addressed by the port managers and the terminal operators and we have not received such complaints in recent times. Equally the bus in and bus out that was enforced and strict access gate control of persons entering the ports, were part of the measures taken to ensure that such ugly incidence is curtailed.

“Dock workers who are members of the maritime workers union were the main persons accused of the pilfering, hence the reason to reinforce the gate access controls to the ports and ensure that the dock workers are daily bused in and out of the ports. However for the benefit of insight the terminals are under concession and each terminal operator is accountable for cargoes within their location. So, for any reported case of pilferage, the authority as a regulator will definitely investigate and ensure it is addressed promptly.”

However, Adeyanju lamented that the national secretariat of MWUN is now being inundated with reports of alleged pilfering and broaching of cargoes at the seaports by some scoundrels erroneously believed to be dockworkers.

“This erroneous misconception stemmed from the fact that bio-metric identity card (BID) which should have differentiated and distinguished the core dockworkers from the miscreants that daily troop into the ports has not been issued in spite of repeated demands by our Union. Pilfering, stealing and broaching of cargoes are criminal acts which no disciplined and responsible organisation should condole. Maritime Workers Union of Nigeria, being a disciplined and responsible union has zero tolerance for any form of criminality as its constitution loathes same.

“The Dockworkers of today are refined individuals who would not risk their robust terminal benefits by engaging in broaching of cargoes. They know the sanctions that await any authentic dockworker caught in any criminal act,” he maintained.