In a three-day trading week to wrap up an eventful year to remember, activities in the Fixed Income market remained bearish from the prior week to settle the average yield across the market at 2.39 per cent from 2.28 per cent week on week. Investors extended their profit booking from the bond and OMO-bill market from the previous week into the NT-bill market. Hence, there were a lot of offers across all maturities in the market for the week. 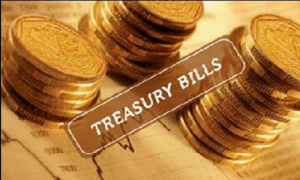 Major sell-offs were noticed at the belly of the NT-bill curve following the outcome of the Primary Market Auction (PMA) in the week. Thereby, the average yields in the NT-bill market spiked by 8 basis points to settle at 0.46 per cent from 0.38 per cent.

Similarly, the OMO-bill market told the same tale as investors offered a chunk of bills across the market with thinning bid-offer spread. Consequently, the average yield in the OMO-bill market, spiked by 4 basis points to 0.58 per cent; from 0.54 per cent. Buying interest was seen across short-term maturities with the average yield falling by 2 basis points. However, average yields across medium-term and long-term maturities closed flat at 0.55 per cent and 0.90 per cent, respectively.

In the FX market, the naira closed the year on a blemish theme, weakening across both the Parallel market to close at N470per dollar from N465 against the greenback in the prior week. At the I&E FX space, naira depreciated by 4.12 per cent as the dollar was quoted at N410.25 as against the last close of N394. Significant rates movement was witnessed as it depreciated by N16.25 from the previous closing. This movement was triggered by the Central Bank’s FX intervention sale, which settled at N410 to the dollar. All other market segments remained unchanged, closing the year on a very passive note and most participants maintained bids between N385 and N402.10 per dollar.

As trading begins in the New Year, anticipation stands high for buoyant liquidity to be supported by single-digit rates. However, liquidity in the interbank market opened with over N1trillion causing money market rates to remain within the single-digit levels on the last day of the year. Similarly, the Overnight (O/N) rate increased by 0.25 per cent to close at 0.83 per cent as against the last close of 0.58 per cent, and the Open Buy Back (OBB) rate also increased by 0.17 per cent to close at 0.50 per cent from 0.33 per cent on the previous day. The money market rates have remained subdued due to buoyant liquidity in the system.

Investors continue to book profit in the bond market with the market closing the year on a muted note, and dampened by New Year celebrations. Buying interest was seen in the 2049s paper, which was offered around 8.35 per cent at the early hours of trading but eventually printed around 8.50 per cent levels. Also, a few trades on the 2027s maturity, which traded around 6.30 per cent levels was seen. By and large, yields closed flat across the benchmark bond curve.

The NIGERIA Sovereign and NIGERIA Corps tickers had a grim trading session, with most market participants’ closed shop for the year. Yields remained unchanged across the sovereign yield curve, and most tracked corporate papers to close.