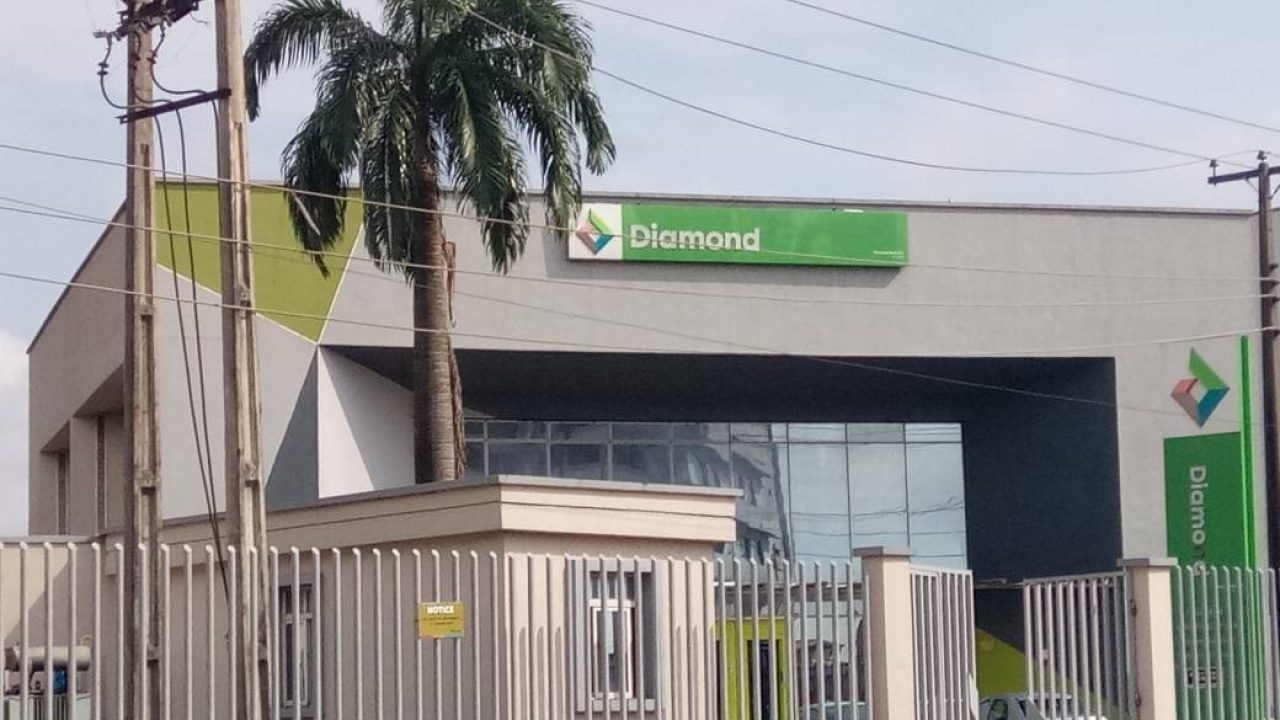 Trading in the shares of Diamond Bank Plc has been placed on full suspension following a court-sanctioned scheme of merger with Access Bank Plc.
In a notification to its dealing members on Wednesday, the Nigerian Stock Exchange said that the full suspension takes effect from March 20.
“Dealing members are hereby notified that following the court sanction of the Scheme of Merger (Scheme) between Access Bank Plc and Diamond Bank Plc, trading in the shares of Diamond Bank has been placed on full suspension,” it stated.
The exchange said that the suspension was required to prevent trading in the shares of the bank in order to determine shareholders who would qualify to receive the scheme consideration.
It noted that Diamond Bank obtained the court sanction of the scheme on March 19, is the effective date of the scheme.
The NSE stated that the bank’s shareholders passed a resolution approving the merger between Diamond Bank and Access Bank Plc at the court ordered meeting of the bank held on March 5.
NAN reports that the exchange will delist Diamond Bank from the daily official list at the exchange after the merger.
Shareholders of Diamond Bank and Access Bank at an Extraordinary General Meetings (EGMs) of both banks gave approvals for the merger.
Herbert Wigwe, Access Bank chief executive officer, had told shareholders at the EGM that the merger enabled Access Bank to acquire a bank with 17 million retail customers and the most viable mobile payment platform.
“With the final merger of both banks and the status of the resulting entity as ‘the largest bank in Africa’s largest economy,’ this greatly bolsters the bank’s brand, opening doors of opportunity both in local and international markets,” he said.
“The resulting entity which will maintain the brand name Access Bank, but with Diamond Bank colours, will have more than 29 million customers, 13 million of whom are mobile customers.”